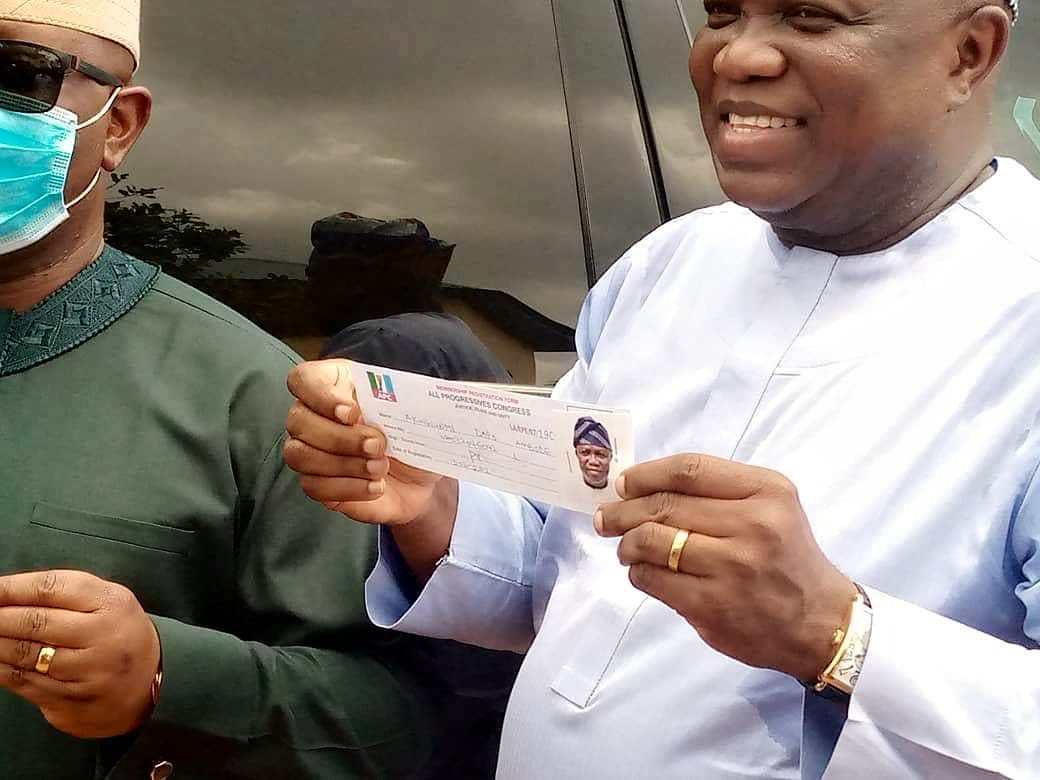 He participated in the ongoing revalidation exercise at his ward in Epe.

Naija News recalls Ambode was the executive governor of Lagos State between May 2015 and May 2019. He showed interest in contesting a second term in office but was unsuccessful in getting the party’s ticket, losing out in the primary election to the incumbent governor, Babajide Sanwo-Olu.

Meanwhile, the Minister of Works and Housing, Babatunde Fashola has identified the need to know party members that are alive and those that are already dead as one of the reasons for the ongoing revalidation exercise in the All Progressives Congress (APC).

The Minister who spoke on Friday when he revalidated his membership in Lagos noted further that cases of appointing already dead people into some positions by the administration of President Muhammadu Buhari only to discover later will be solved by the revalidation exercise embarked upon by the party.

Naija News observed that in the past, the Buhari administration had nominated some people for appointment into various positions, only to discover after making the name public that such a person was dead.

However, Fashola said such an embarrassing situation can be avoided when a proper and updated register of party members is available.

He also listed other benefits of the exercise to include publicity and expansion for the party.

“We are a large political family and it is always important to know how many we are, and also to increase the number. So, this registration exercise first brings about all family members in all wards and polling stations of the country together.”

“So, it means coming back together, but more importantly, it is also a period for evangelism, expansion of the party database.

“You will see, in the past, we have had some unfortunate incidents where perhaps some people were appointed, only for us to find out that they are deceased. So, this is also an opportunity to clean up because there are opportunities also as a member of a party that forms a government.

“And we need to know who is where; we also need to know what party members do. So, if I am a party member and want to host an event, I can look in my party’s database and see who does event planning, who does catering, and we share prosperity,” NAN quoted him as saying.