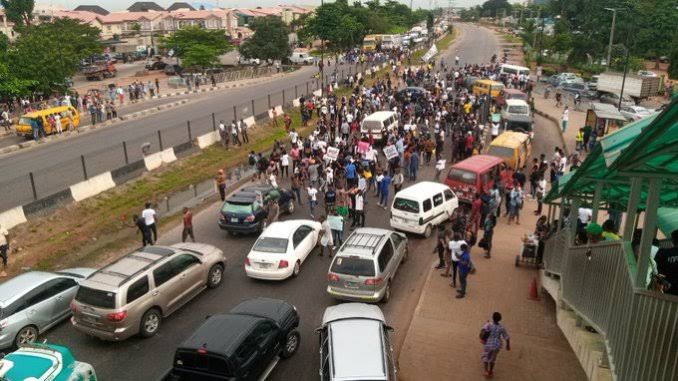 Chaos has been reported on the Lagos-Abeokuta Expressway following the death of a pupil of United Comprehensive High School, Wasimi in Ewekoro Local Government Area of Ogun State.

Naija News understands that pupils of the school trooped out in large numbers out of the school premises to protest on the Highway after one of them was crushed to death by a motorist.

It was reported that the unidentified pupil was killed while crossing the road. Confirming current situation on the highway, a source told newsmen that motorists plying the road were sent back by the protesting pupils.

The development made the travellers both from Lagos and Abeokuta stranded for hours.

“It was the students of United Comprehensive High school that were turning vehicles back and did not allow vehicles to ply the road,” said an eyewitness.