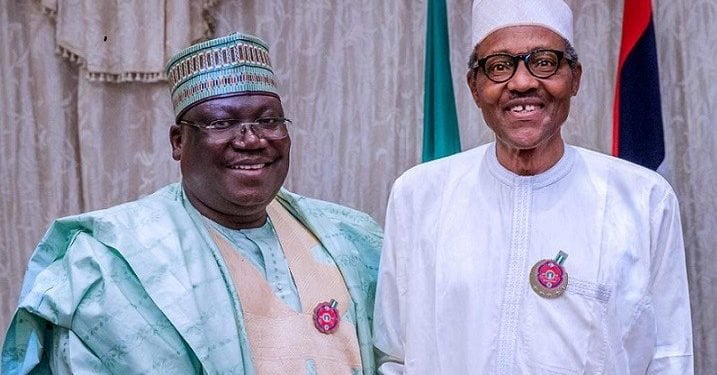 Senate President Ahmad Lawan has appealed to President Muhammadu Buhari to listen to the complaints on the indigenes of Abuja and appoint a non-career ambassador from the Federal Capital Territory (FCT).

Lawan made the call in response to a protest by the Senator representing FCT, Philip Aduda who lamented that Buhari has so far failed to appoint an indigene of the area as an ambassador despite various appeals in the past.

Aduda made his view known on Wednesday during plenary when he cited Order 43 of the Senate Standing Rules, and said, “Mr. President, Distinguished Colleagues, I did yesterday raise some issues with you, Your Excellency, about the issue of the appointment of ambassadors.

“Your Excellency, I’ve consistently mentioned that before now we used had a non-career ambassador for the FCT.

“Your Excellency, this gives us worry in the FCT, because it is showing that maybe it is Federal Character, or something is wrong somewhere.

“Mr. President, we know that the President of the Federal Republic of Nigeria has the power to hire and fire, but Mr. President, we urge you as our leader and Speaker of the people of the FCT, and indeed, the President, who incidentally by the Constitution – Section 299 – happens to be the Governor of the FCT, that in making nominations, he should look at us and please grant us our heart desire which is to have a non-career ambassador for the FCT.

“Indeed, the opportunity has come again, when some ambassadorial nominees have been submitted, and the Committee will be doing its work very soon.

“We want to crave the indulgence of this Senate, and it is a constitutional matter. Mr. President, my Distinguished Colleagues, here I come again today with the hope that we will get support from our State House of Assembly, which is the National Assembly, and indeed the Senate with you as Chairman, to intervene in this matter and ensure that the people of the FCT have a non-career ambassador.”

The Senate President in his response, agreed with the submission of Senator Aduda and urged Buhari to include a nominee from the FCT in the fifth non-career ambassadorial list to be forwarded to the National Assembly.

It will be recalled President Muhammadu Buhari has forwarded a formal request to the Senate for the confirmation of the newly appointed Chief of Defence Staff and Service Chiefs.

The letter reads: “In compliance with the provisions of Section 18(1) of the Armed Forces Act. Cap A20 Laws the Federation of Nigeria 2004, I hereby forward for confirmation by the Senate, the appointment of the under listed officer as the Chief of Defence Staff and Services Chiefs of the Armed forces of the Federal Republic of Nigeria.”