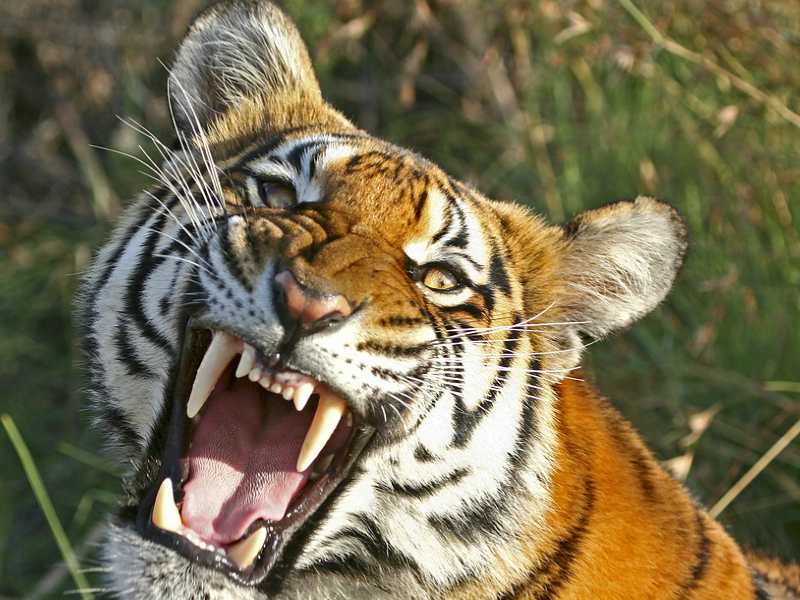 A 47-year-old zookeeper has been reportedly killed by two untamed tigers in Indonesia.

Naija News understands that the incident happened on Saturday, February 6 after the wild animals were rescued from attempted escape.

The tigers, both female were said to have escaped from the zoo on Borneo Island after a rainfall destroyed their enclosure. Reports revealed that the wild animals were just 18 months old.

However, one of the tigers was gunned down after it behaved aggressively and attempts to tranquilise it failed.

Nigeria News reports that the zookeeper’s body was found with a series of severe bite wounds and scratches.

“We tried with a tranquilliser gun first but it didn’t work, so we were forced to shoot the tiger because it was already behaving very aggressively,” Sadtata Noor Adirahmanta, the head of a local conservation agency, told newsmen.

He added: “We were afraid it would escape to the nearest neighbourhood,” he added. “Although we tried our best to catch it alive, our priority is humans’ safety.”

An Ostrich and a Monkey were also found dead near the enclosure. According to zoo officials in the town of Singkawang, West Kalimantan were hoping to catch both animals alive but said they were forced to shoot one of the tigers.

In another news, four operatives of the Oyo State Security Network otherwise, popularly known as Amotekun were attacked by hoodlums on Friday.