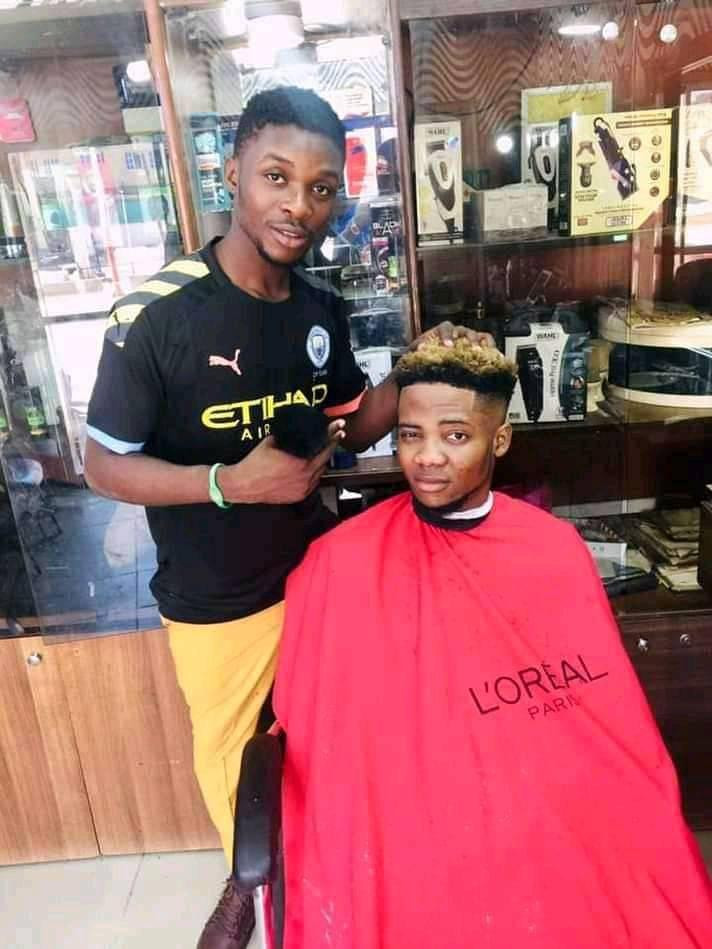 According to the report made available on social media by a Benue activist, Smith Akoko, the young man was apprehended after two people he had barbed got arrested for having hairstyle which is blasphemous to the Islamic religion.

As confirmed by the young barber’s relative, Sunday Ukenya, Elijah was arraigned in court on Tuesday, February 2 and later remanded.

Elijah who resides in Sabon Gari area of Kano is said to have combined his barbing business with studies. However, his business got disrupted during the week after falling in the net of the Islamic religious extremists who accused him of blasphemy.

Reports had it that the young man is well patronized by young men in the area for possessing exceptional skills in trendy haircuts until his arrest last week Wednesday. Naija News learnt that Elijah is currently in Police detention with the two other young men he made the alleged blasphemous hairstyle for.

When interviewed, the young man said he was only being innovative doing his work as usual to eke a living and pay his fees at his tertiary institution of study in Kano, where he sponsors himself.

On his part, Ukenya barber’s relative said the case is already in the court of law at the wish of the aggrieved Muslims with first session being yesterday. He expressed sadness, however, that all efforts by the young barber’s lawyer to bail him proved abortive for the claim that it is a major case and is as a result not bailable.