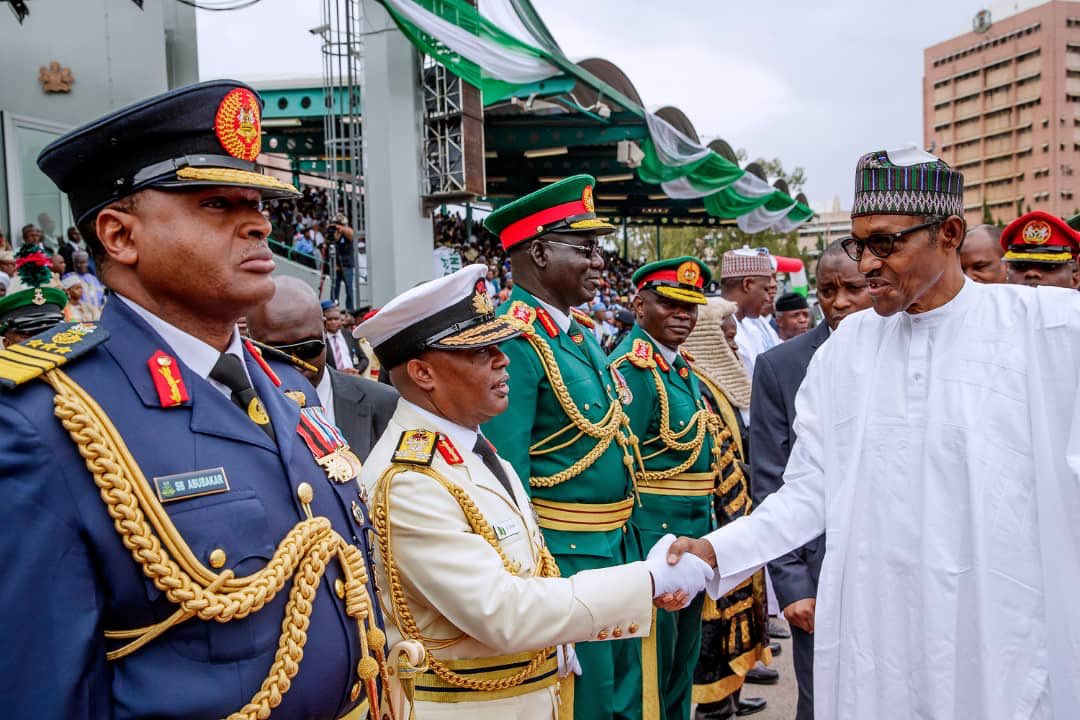 The Federal Government condemned those calling for the International Criminal Court to probe the former Service Chiefs, describing such calls as unpatriotic.

Following the former service chiefs removal, the Peoples Democratic Party (PDP), some pressure groups and individuals called on the ICC to begin probe of the immediate-past service chiefs.

But speaking on Tuesday during a Radio Nigeria programme, Politics Nationwide, the Minister of Information and Culture, Lai Mohammed said such calls were unpatriotic.

He said: “To the best of my knowledge, our service chiefs obey the rules of engagement and where there are infractions, there are internal regulations and internal mechanisms to address them.

“Those who are calling for the ex-service chiefs to be invited to ICC are unpatriotic people.”

The Minister also slammed Nigerians over talking about military structures and formation, a topic they know little about, according to the minister.

He assured Nigerians that the new service chiefs have hit the ground running and would ensure Nigeria overcome the insurgency war in the North-East and in other parts of the country.