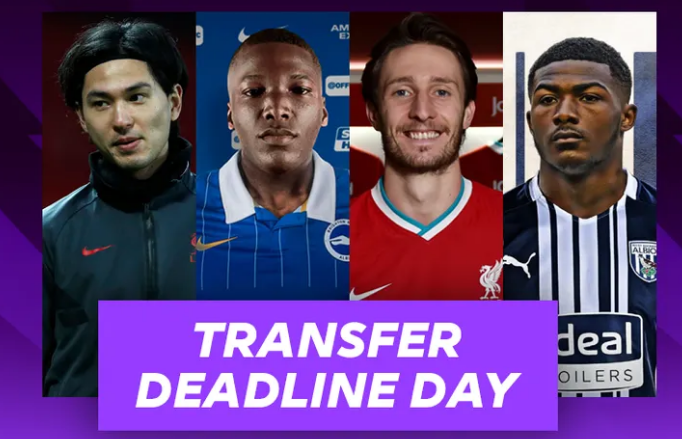 Liverpool has announced the signing of Ozan Kabak from Schalke on a loan deal with an option to buy at the end of the season.

It’s official! ?@ozankabak4 joins us on loan from @s04 until the end of the season ?

Shkodran Mustafi will spend the remainder of the season at Schalke after being given the green light to leave Arsenal.

ℹ️ Transfer update II: @MustafiOfficial has joined the Royal Blues from @Arsenal and has signed a contract until the end of this season.

Liverpool have completed a deal to sign Ben Davies from Preston North End. The 25-year-old centre-back comes in to reinforce a depleted area in Jurgen Klopp’s squad.

Celta have made Okay’s loan to West Bromwich Albion official until the end of the season.

Brighton have beaten a host of clubs to secure the signing of Moises Caicedo from Independiente del Valle. The 19-year-old Ecuadorian has penned a deal until 2025.

✍️ Albion have completed the signing of Moises Caicedo on a contract until June 2025 from Ecuadorian top-flight side Independiente del Valle!

Manchester City have reached an agreement to sign Kwadwo Baah from Rochdale, an 18-year-old whose contract was set to expire in the summer. Baah will remain at the League One side until the summer.

Everton have managed to get a deal for a new striker over the line by bringing in AFC Bournemouth striker Josh King on loan.

In the nick of time Southampton have managed to recruit the services of Liverpool forward Takumi Minamino on loan until the end of the season.

? A message from our new signing!

Rabbit out the hat! ?

West Bromwich Albion have completed their fifth signing of the transfer window by taking Arsenal’s Ainsley Maitland-Niles on loan until the end of the season.