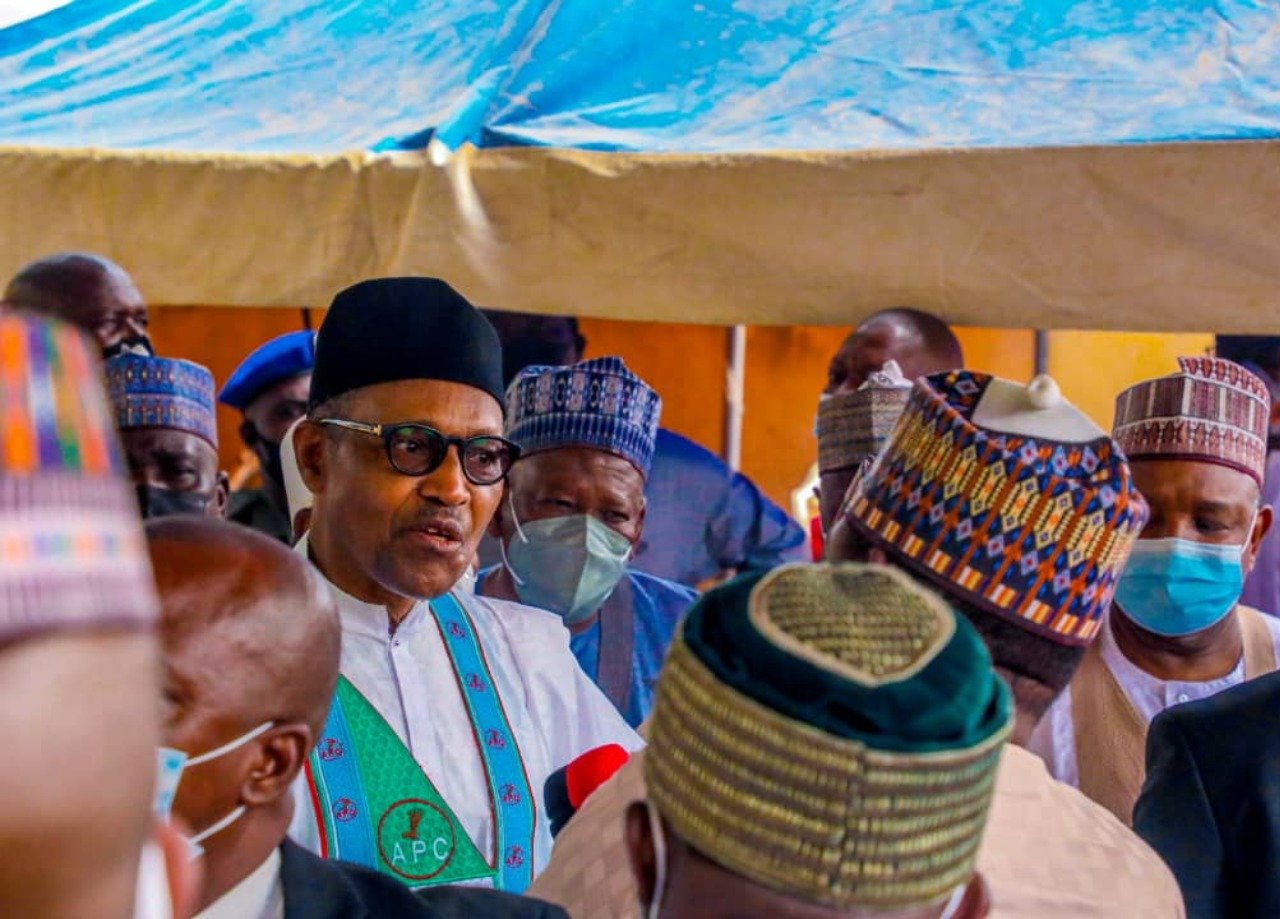 Presidential Media Aide, Lauretta Onochie, has revealed why her principal took off his face mask in his home town Daura in Katsina on Saturday.

Recall that Buhari, during the revalidation of his membership of the All Progressives Congress (APC) in Daura, Katsina State, was seen without his facemask.

During his revalidation, the president failed to obey his order on social distancing as he was seen in the midst of scores of people with included some APC governors after signing an executive order

The regulations also stipulate a fine or six months imprisonment or both for violators.

But in a tweet via her Twitter page, Onochie stated that Buhari had his mask on during the exercise.

According to her, the president only removed his face mask while addressing party members and put it back afterward.

"Mr. President in Daura. He wore a mask in Daura, except when he addressed party faithful. Afterward, he put it back on," she said.

Mr. President In Daura.
He wore a mask in Daura, except when he addressed Party faithfuls. Afterwards, he put it back on. pic.twitter.com/w1Fm4fxsgG

Also, the Presidency has said President Muhammadu Buhari did not violate COVID-19 protocols in Daura, Katsina State, accusing the Peoples Democratic Party (PDP) of making a fuse out of nothing.

Speaking on Channel's Sunrise Daily programme on Monday, the Senior Special Assistant to the President on Media and Publicity, Garba Shehu, stated that Buhari had his mask on during the exercise.

He stated that he only removed it when he spoke to the microphone. This is despite health advice by the Presidential Task Force on COVID-19 that Nigerians should have their mouths covered with masks during speech to keep off respiratory droplets through which the virus can be transmitted.

Garba Shehu said: "People are missing the point. The President had his face mask on through that engagement. He had it off when he was speaking into the microphone. It is just a child antic by PDP."

The presidential aide also said there was nothing wrong with 10 All Progressives Congress (APC) governors accompanying Buhari to his revalidation.

"This is to drive the spirit of the re-registration and the revalidation of membership. We must convey to the nation that we the party is behind the process and everyone is involved.

"The criticism is coming from parties that are not able to organise and mobilise, we feel sorry for them," Shehu said.