The immediate past Chief of Defence Staff, Abayomi Olonisakin, has revealed that the Nigerian military has reclaimed all the territories that were occupied by Boko Haram insurgents.

Olonisakin made this known during the handover ceremony to his successor, Leo Irabor, at the Defence Headquarters in Abuja on Friday.

He noted that the military launched numerous assaults against the insurgents when some communities in the north-east were captured by the sect.

Olonosakin added that after months of attacks, men of Operation Lafiya Dole, on December 22, 2016, announced the successful take-over of ‎”camp zero” in Sambisa forest. 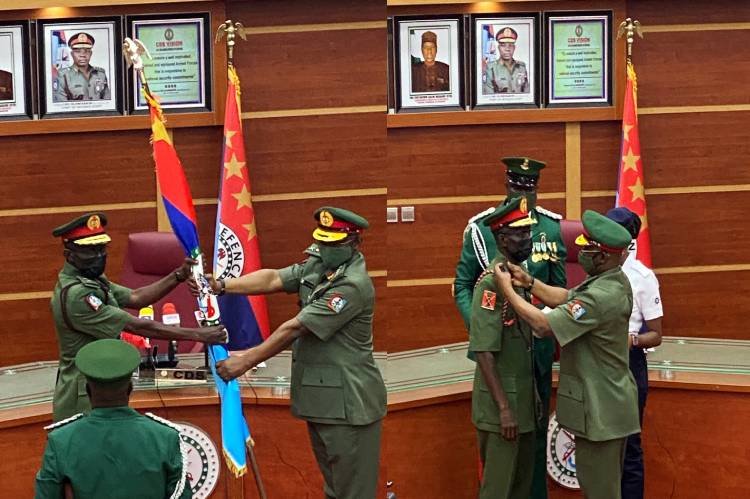 He said the flag of the insurgents that was recovered during the military operation was later presented to Buhari at a dinner organised by the presidential brigade of guards.

Olonisakin, however, said the army was able to achieve that feat with the help of the government and Nigerians under his leadership.

He said: “We all could recall that at the inception of the current administration of President Muhammadu Buhari, the Boko Haram terrorist group held sway in parts of north-east Nigeria, where the sect occupied 20 out of 26 local government areas in Borno state.

“Our immediate challenge on the assumption of office was to flush out Boko Haram and restore Nigeria’s sovereignty over these occupied territories.

“Gratefully, with the support of the political leadership and indeed all Nigerians, the armed forces of Nigeria, under my leadership, was able to reclaim all territories that were then under the control of Boko Haram.”

Olonisakin noted that the defence headquarters has made some modest achievements aimed at improving operational capacity, logistics, and welfare needs of officers.

He praised the choice of his successor, saying “there couldn’t have been a better choice of a seasoned senior officer who will hit the ground running as the chief of defence staff.”