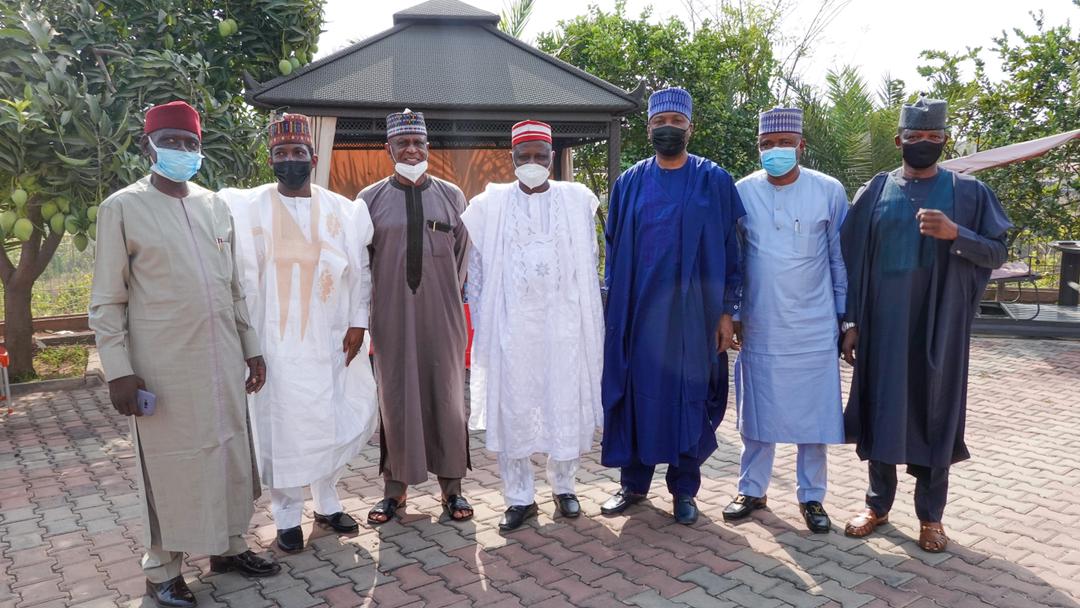 Naija News reports that the former Kwara governor was accompanied by other leaders of the Peoples Democratic Party (PDP).

The PDP leaders visited Kwankwaso to condole him over the death of his father Musa Kwankwaso.

The Saraki-led delegation expressed sympathy and prayed for the repose of the departed soul.

Kwankwaso, on behalf of his family, thanked the chieftains for their solidarity.

Naija News reports that the elder Kwankwaso died in the early hours of Friday, December 25, 2020.

Kwankwaso who died at the age of 93 years was a village head before he was elevated to district head of Madobi Local Government Area and Majidadin Kano by the late Emir of Kano, Ado Bayero.

He was recently appointed Makaman Karaye by the Emir of Karaye, Ibrahim Abubakar ll, one of the emirs of four emirates created by Governor Abdullahi Ganduje.