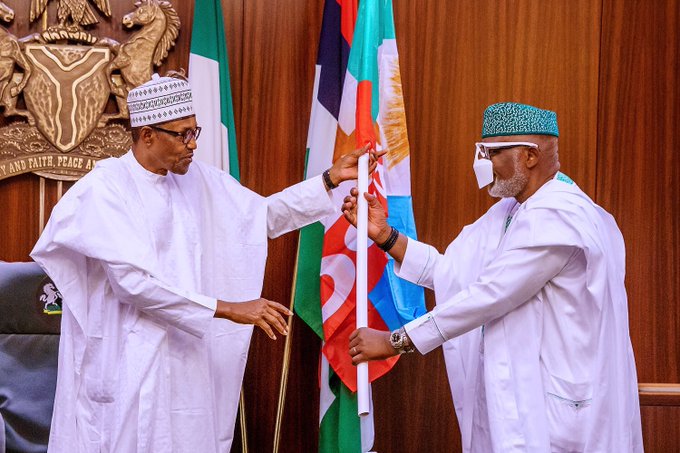 President Muhammadu Buhari has directed Governor Rotimi Akeredolu of Ondo State to chase out all criminals in the state forest reserves.

Naija News recalls that Akeredolu had ordered herdsmen residing the the state forest reserves to vacate and register with the government.

Akeredolu had on Wednesday met with President Buhari behind closed-doors to brief him on the herdsmen crisis rocking the southwest.

But the governor refused to speak to State House correspondents after the meeting at the Presidential Villa, Abuja.

In a statement to newsmen, the Ondo State Information Commissioner, Donald Ojogo, disclosed that the meeting was centered on the issue of security in the Southwest and Ondo State in particular.

“It was a huge opportunity for the governor to put the records straight as regards the erroneous impression that Governor Akeredolu had asked all Fulani and herdsmen to vacate the state,” Ojogo said.

“The meeting afforded both leaders a great window to explore ingenious methods to tackle the issue of insecurity in the region.

“In particular, Governor Akeredolu sought and, indeed, obtained the President’s support and encouragement to flush out criminals in the forests of Ondo State.”