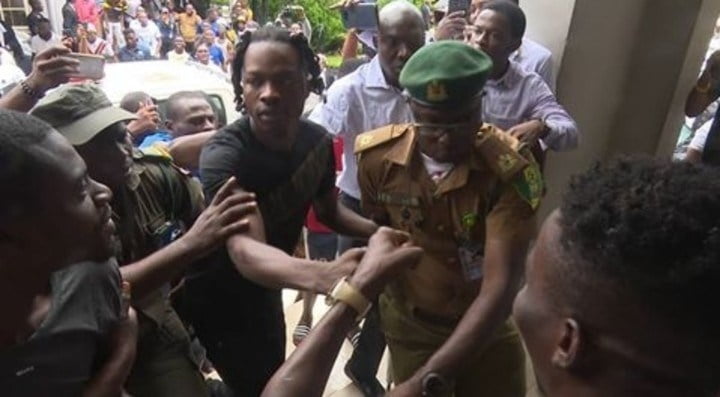 Justice Nicholas Oweibo of the Federal High Court, Lagos, has admitted more evidence in the trial of music artiste, Azeez Fashola who is popularly known as Naira Marley.

Naija News reports that Naira Marley is on trial on an 11-count charge of conspiracy, possession of counterfeit cards, and fraud.

The new evidence admitted is a C.D containing the phone analysis of the embattled singer.

The CD had been tendered in evidence at a previous proceeding by Anosike Augustine, a mobile forensic expert with the Economic and Financial Crimes Commission (EFCC).

Anosike who is the second prosecution witness in the EFCC had told the court that how he analyzed the contents of the iPhone 11 allegedly retrieved from Naira Marley during an investigation.

Counsel to Naira Marley, Olalekan Ojo, SAN had objected to the admissibility of the evidence.

In his ruling delivered this morning, Justice Oweibo overruled the objections of the counsel and admitted the C.D in evidence.

The judge said, “l have considered the agreement of both parties as well as the ground for the objection, I consider the C.D to be admissible in view of the nature of this case and the evidence of other prosecution witnesses.

“Accordingly, it is hereby admitted in evidence and marked exhibit F.”

The trial of the case could however not go on after the ruling as the defence counsel, Olalekan Ojo was not in court.

He had sent in his apologies and sought for an adjournment which was not opposed by the EFCC’s counsel Bilkisu Buhari.

Justice Oweibo adjourned to the 8th and 11th of March, for the continuation of the trial.