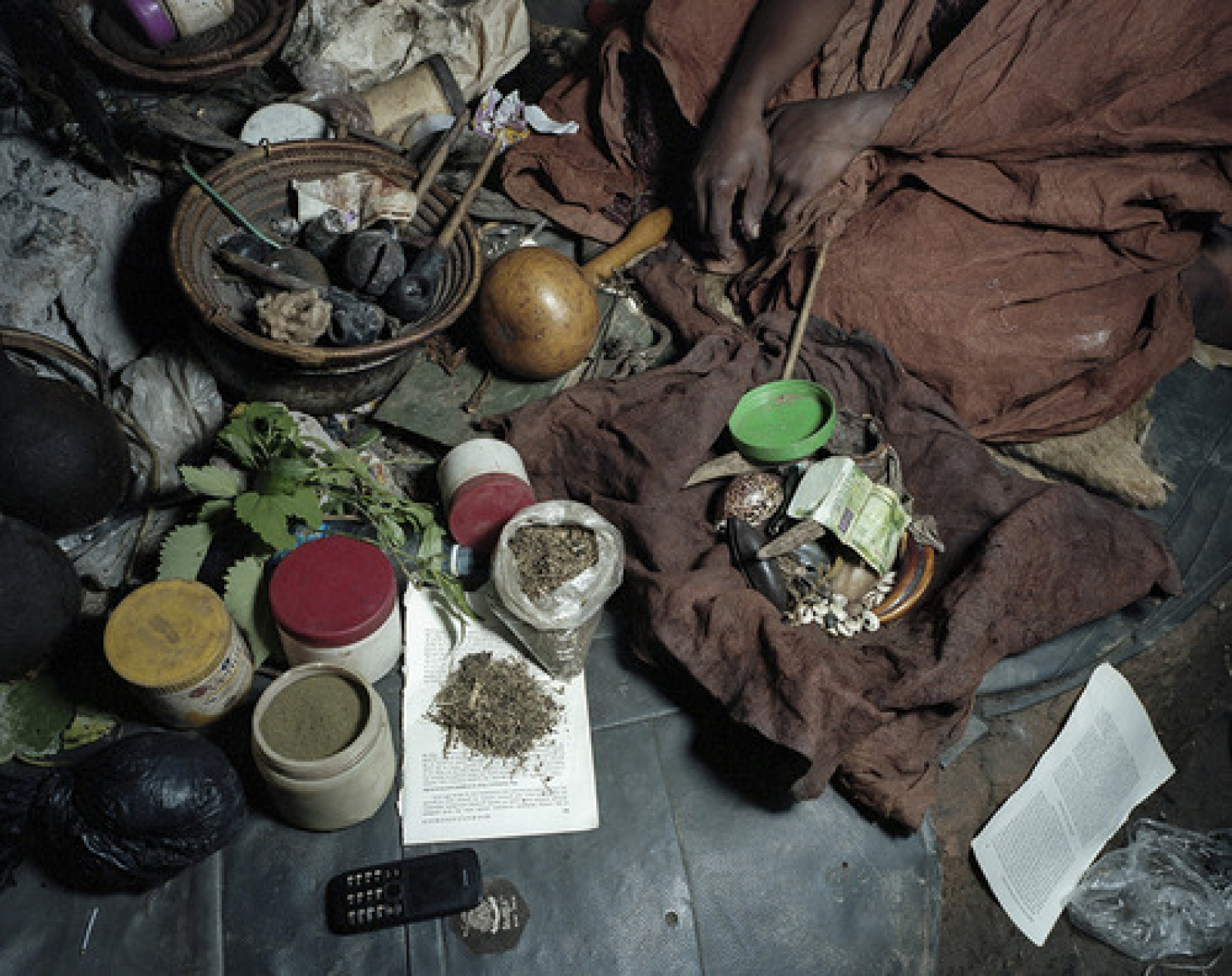 File Photo: An existing photo of a witch woman

Naija News understands that six out of the seven suspects confessed to have afflicted a 3-year-old girl with an incurable illness.

60-year-old Halima Jonta admitted to the crime, revealing that she and the kids including another woman who is now on the run used demonic powers to afflict the young girl.

Naija News understands that the suspects were apprehended and paraded before the Criminal Area Court 1 in Yola by a community leader and Sarkin Mayu Adamawa (King of witches), Kabiru Garba after the afflicted girl’s situation became worse.

Speaking during the court session, Halima confessed that she and two other women had murdered seven people since see joined the witches association seven years ago. On their part, the five kids narrated before the court that Jonta and the other woman on the run asked them to tie the three-year-old girl and put a stone in her stomach.

They revealed that the soul of a dead person was planted in the 3-year-old girl.

However, after forcing them to set loose the girl, the suspects noted that the death image on the girl would still remain as obliterating it is beyond their power, and only Dudu who is on the run can remove.

On his part, the Criminal Area Court 1 judge, Hon Umar Gangs lamented on the development, expressing anger that girls of such little age were introduced into witchcraft.

He, however, ordered a search for Dudu, asking that she should be brought before the court, insisting that the inflicted girl be restored fully.

Meanwhile, Ondo State Assembly of Traditional Religion Worshippers has appealed to the state governor, Oluwarotimi Akeredolu, to allow them to flush out criminal herdsmen from Forest Reserves with spiritual powers.

The coordinator of the traditional worshipers, Chief Adewale Oso, made the appeal at a press conference on Tuesday, January 26, 2021, Naija News reports.