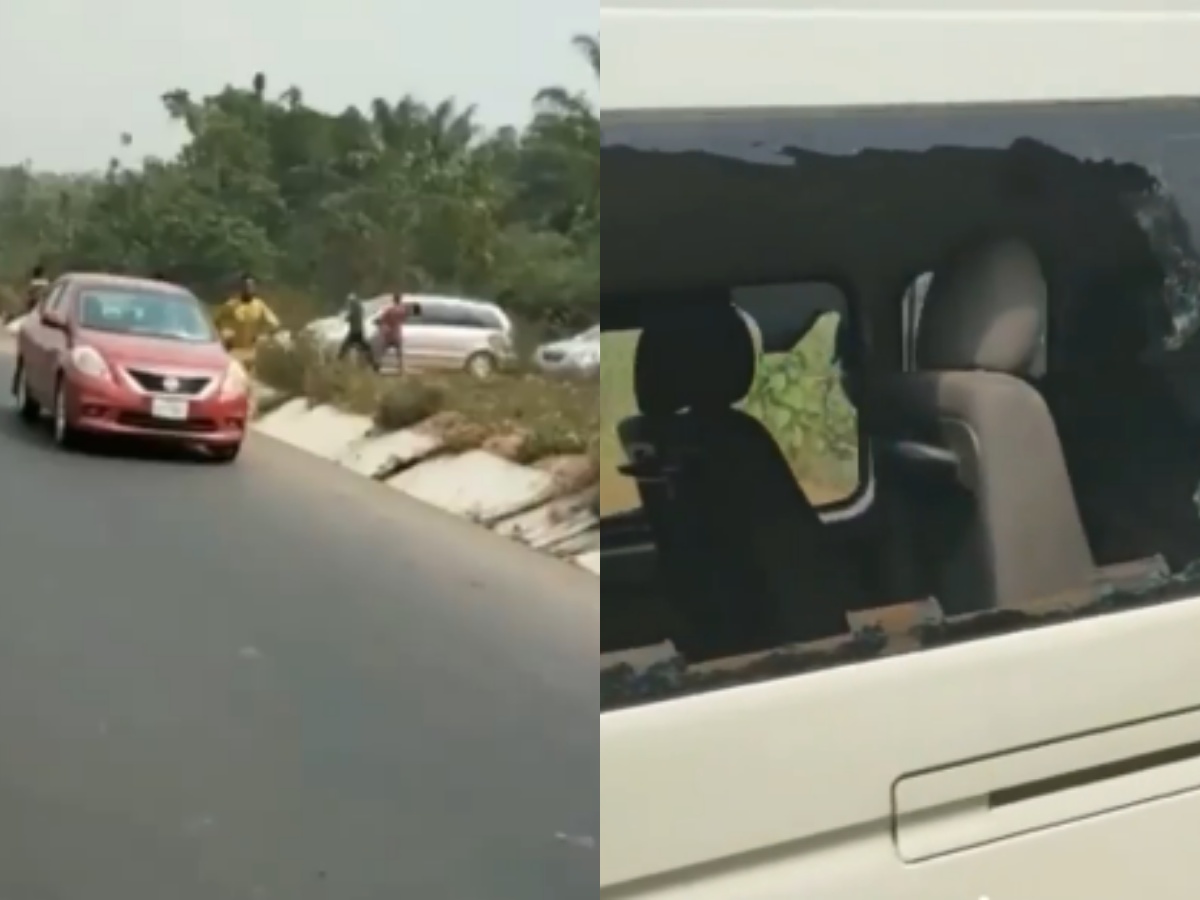 Unidentified gunmen suspected to be Fulani herdsmen on Monday, January 25, attacked and abducted travellers along the popular Benin-Ore road.

As seen in a viral video shared on social media, an empty bus with its glasses broken was abandoned in the middle of the expressway with some of the passenger’s luggage scattered at the scene.

Passengers from other vehicles who arrived at the scene just after the attack alleged that the herdsmen paraded occupants of the abandoned bus into a nearby bush after seizing some of their belongings.

Watch the video below as locals lament over attacks by the alleged herdsmen on the route.

Meanwhile, about 3,000 people have reportedly fled their homes after a bandit attack left six people dead in Niger State.
Naija News reports that the attack, which took place in 12 villages in Paikoro Local Government Area of ​​the state, also injured 20 people.