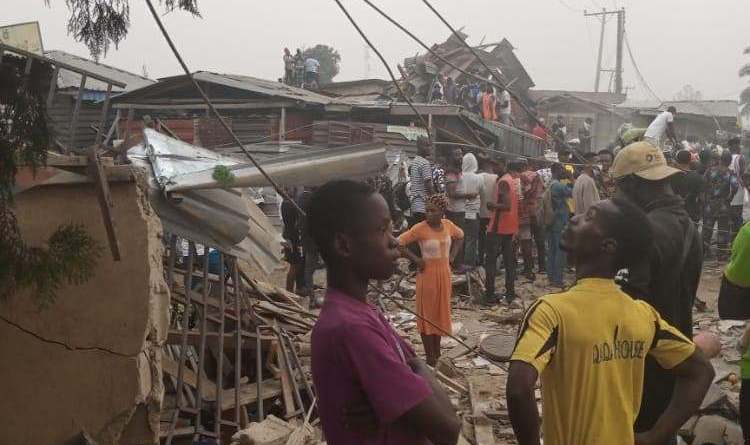 A truck belonging to Dangote Group has crushed some students of the Adekunle Ajasin University, Akungba-Akoko (AAUA) in Ondo State to death.

Naija News reports that the sad incident occurred at about 6 pm near the entrance gate of the university on Saturday.

It was gathered that residents and traders in the area were also killed by the truck. Sources said the driver of the truck lost control due to brake failure and as at press time, a rescue operation was still going on.

Another eyewitness said the truck which was coming from Ikare Akoko town in Akoko North-East Local Government Area of the state lost control and rammed into some set of shops along the road.

He said about five bodies had been allegedly recovered from under the truck.

The number of casualties recorded could not be ascertained as at the time of filing in this report.

Watch video of the sad incident below:

Over 30 students life lost in adekunle ajasin university in akungba. @RotimiAkeredolu lackadaisical and negligence cause it… Having school main gate in front of a single high hill lane federal road without been dualized

Related Topics:AAUAAkungbaOndo State
Up Next