INEC in a statement on Sunday via its official Twitter account urged members of the public to ignore the news on the resumption of the exercise.

The statement reads: “The Independent National Electoral Commission (INEC) wishes to inform the general public that no date has been fixed for the resumption of the Continous Voter Registration (CVR).”

“We implore Nigerians to ignore the fake news making the rounds that the commission will open the register of voters from 25th January 2021.” 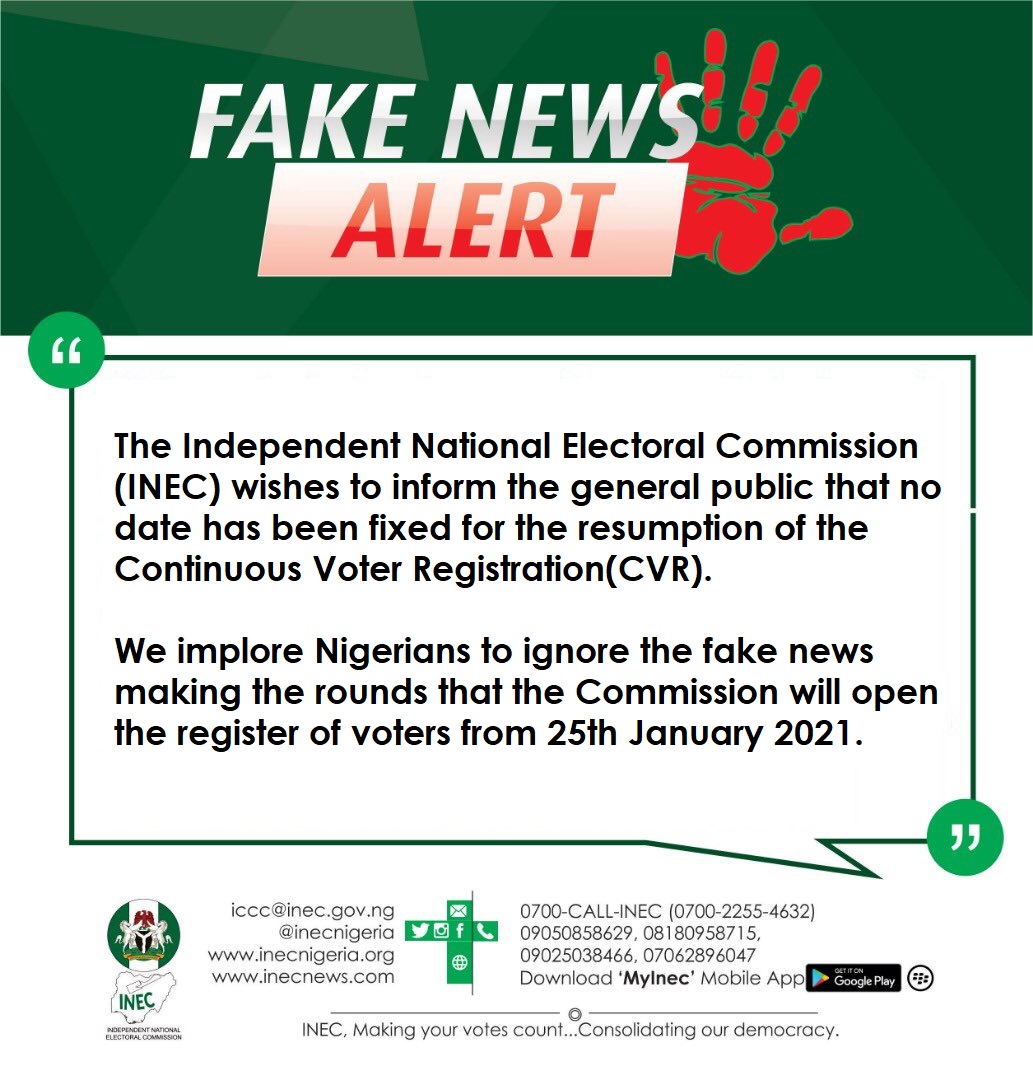 It will be recalled INEC chairman, Professor Mahmood Yakubu had in November 2020 while defending the commission’s 2021 budget before the National Assembly, disclosed that it plans to resume the Continuous Voter Registration (CVR) ahead of the 2023 general elections in the first quarter of 2021.

This he said during the budget defence of the commission before the Senate Committee on INEC, noting that the sum of N1billion has been earmarked by INEC for the exercise.

No specific date was however revealed the commencement of the exercise.

Meanwhile, there are reports that INEC is considering using the National Identity Number as a precondition for registering voters in Nigeria.

The development was disclosed by a national commissioner during an interview with Punch.

The Commissioner in his statement noted that NIN would help tackle issues of underage voting, alien voting and other issues associated with registration.

The Commissioner who spoke on the condition of anonymity said a final decision would be disclosed when reached.