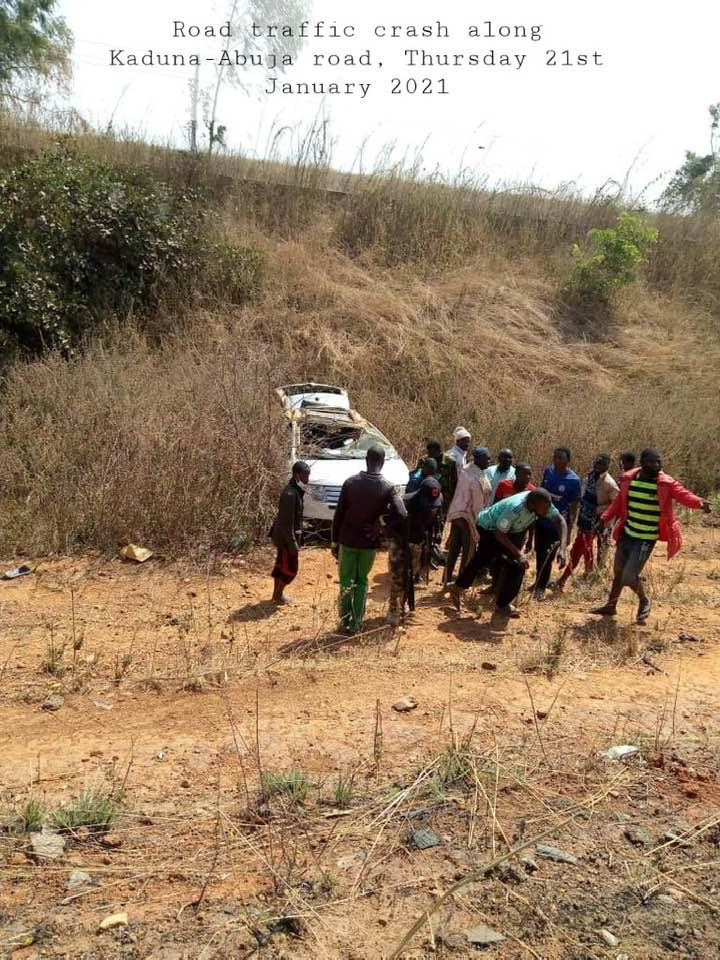 No fewer than fifteen travellers reportedly died in an accident that happened along the Kaduna-Abuja express in the last 72 hours.

The Commissioner for Internal Security and Home Affairs, Samuel Aruwan, who gave details of the incident to newsmen on Sunday, January 24, revealed that survivals are now receiving treatment in hospital.

Naija News learnt that the scene of the incident has been cleared by troops and security agencies to allow for a free flow of traffic on the route.

Aruwan revealed that the development was contained in research feedback presented to the Kaduna State Government on Sunday, January 24, by the military and security agencies conducting security operations along the route. He added that the reported casualties were presented along with a report of the latest crash, which occurred on Sunday morning, around the Greenfield University in Chikun local government.

The crash as seen in the shared photos involved a trailer conveying grains and motorcycles to Abuja. The cause of the accident was related to over speeding and driving against the direction of traffic.

Naija News understands that several people had died in different fatal accidents that happened along the route, as a result of motorists switching lanes, driving against traffic orders.

Meanwhile, Governor Nasir El-Rufai of Kaduna State had lamented at the recent occurrence while commiserating with the families of the deceased and wishing the injured quick recovery.

He again urged drivers plying the highway to desist from dangerous practices, especially speeding and driving against the flow of traffic, which remains prohibited by the Kaduna State Government.

“Security agencies will continue to enforce compliance on the route. Meanwhile, citizens are urged to report violations, crashes and other abnormalities to the Kaduna State Security Operations Room on the emergency lines: 09034000060 and 08170189999, or email [email protected],” said the governor.

In another news, a truck belonging to Dangote Group has crushed some students of the Adekunle Ajasin University, Akungba-Akoko (AAUA) in Ondo State to death.

Naija News reports that the sad incident occurred at about 6 pm near the entrance gate of the university on Saturday.