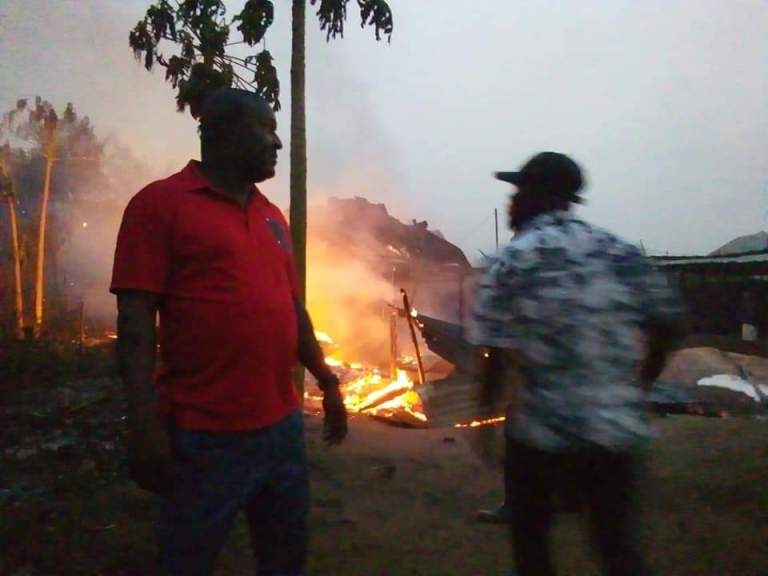 An explosion has occurred at a gas plant near Untouchable, along the Lagos-Asaba expressway, in Agbor, Delta State on Friday.

Naija News gathered that a person was reportedly dead, others injured and properties worth millions of naira were destroyed in the inferno.

As of the time of filing this report, no word from the authorities as to what caused the explosion. Also, an effort to talk to the owner of the gas plant was unsuccesful.

According to an eyewitness, firefighters were at the scene making frantic efforts to put off the fire so as to save lives and property of persons living around the gas plant.

Meanwhile, President Muhammadu Buhari-led government on Friday announced that it would evacuate the 600 Nigerians detained in Saudi Arabia prison for expired visa on January 28 and 29.

The Chairman, Nigerians in the Diaspora Commission, Abike Dabiri-Erewa, who noted that they would be evacuated in batches of 400 and 200, said their evacuation was delayed due to issues relating to COVID-19.

Naija News had earlier reported that the stranded Nigerians were detained by the Saudi authorities pending their repatriation.

A video was spotted on the internet showing Nigerians lamenting the hardship they were facing at the detention facility.

The immigrants wrapped in black polythene bags were lying on the floor in a packed room.

Dabiri-Erewa who took to her Twitter account on Friday said the stranded citizens would soon be evacuated back home.

She stated, “Nigerian irregular migrants in Saudi Arabia are due to be evacuated on the 28 and 29th of January, pending any unforeseen issues. Their evacuation was delayed due to issues relating to COVID-19. We appeal to Nigerians to resist travelling abroad without proper documents.”