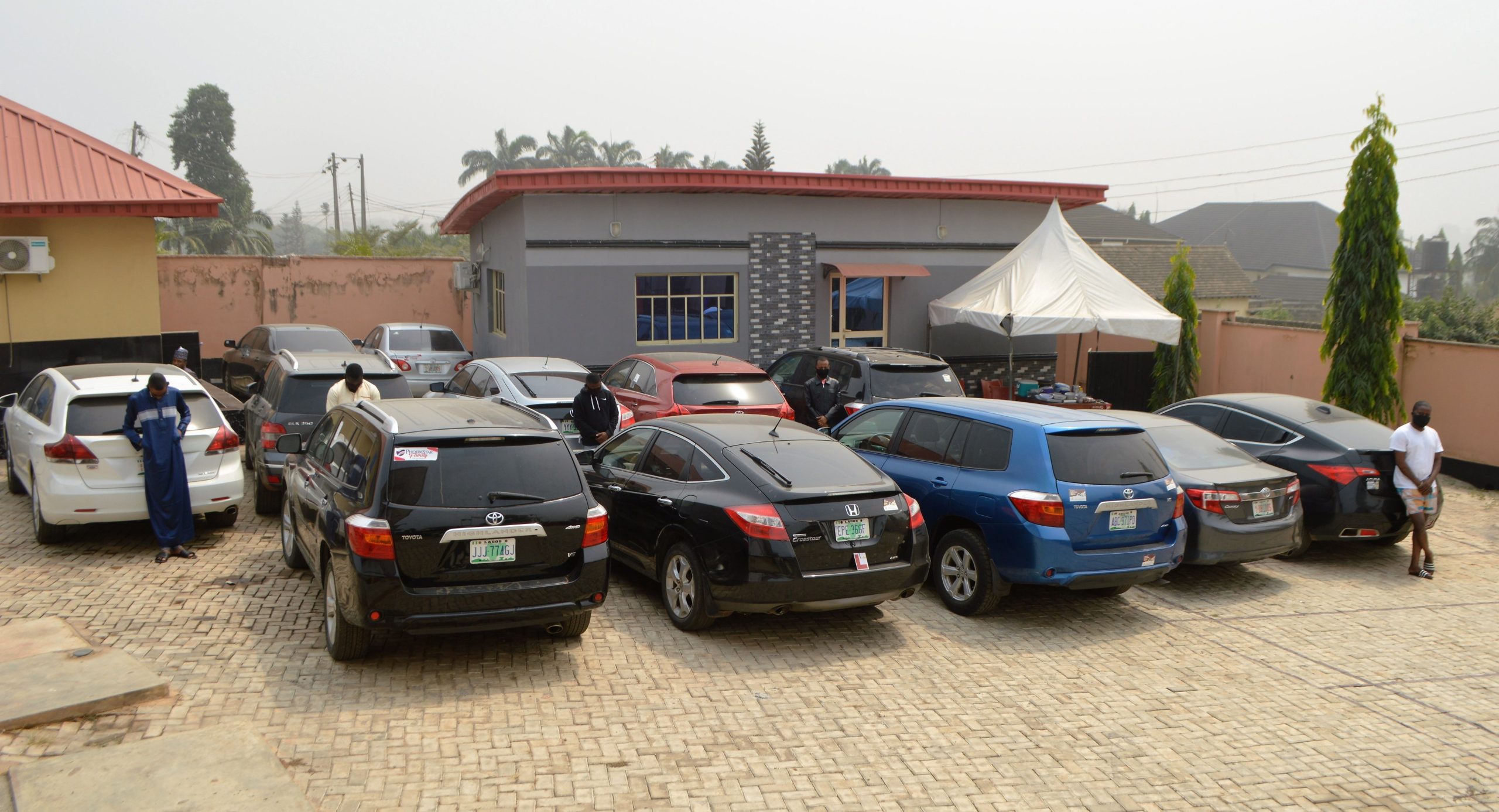 No fewer than eleven middle-aged men have been arrested in Osun State over alleged cybercrime activities.

The Oyo State chapter of the Economic and Financial Crimes Commission, EFCC said it arrested the suspects in Osogbo, the Osun State capital.

The Nigeria anti-graft agency in a post on its official Twitter account revealed that the suspects were arrested by operatives of the commission who acted on intelligence and swooped on the suspects’ hideouts in Osogbo.

EFCC said “the suspects, who variously claimed to be students, artisans, farmers and businessmen, are currently undergoing interrogation to ascertain their level of involvement in the alleged crime.

“They will be charged to court as soon as investigations are concluded.”

In another news, the Economic and Financial Crimes Commission, EFCC debunked rumours making the rounds that the commission has commenced recruiting.

Naija News reports that the anti-graft agency made this known in a statement on its Facebook page.