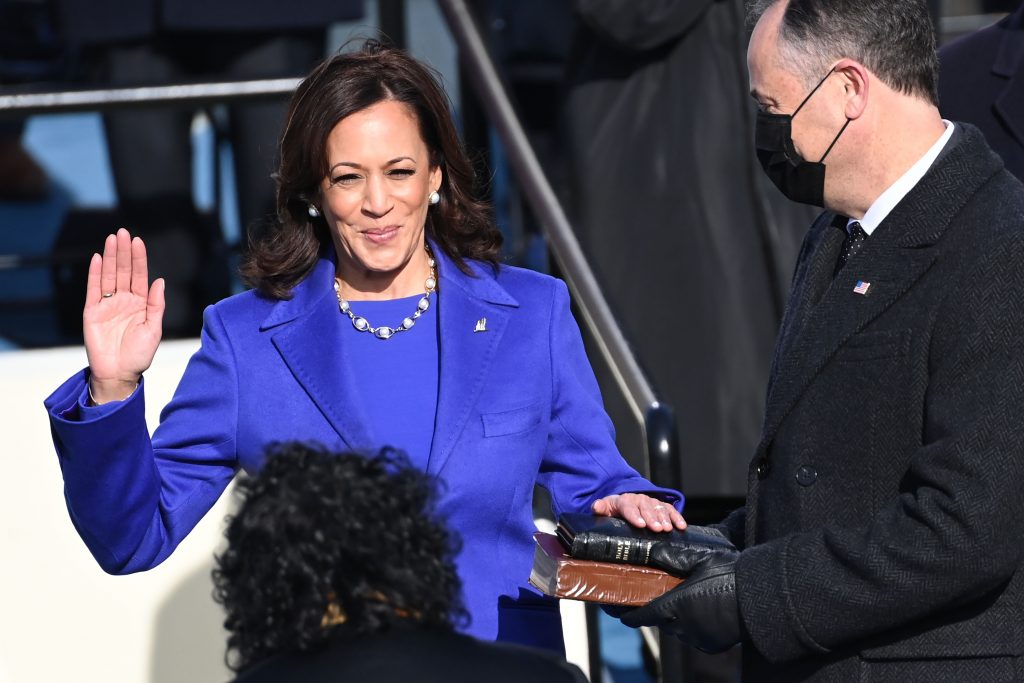 Former senator representing California, Kamala Harris, has been sworn in as the first woman vice president of the United States of America.

Harris who is married to Douglas Craig Emhoff, an American lawyer, took the oath of office from Supreme Court Justice Sonia Sotomayor in a ceremony at the US Capitol.

The 56-year-old is the first black woman and the first woman of South Asian descent to become US vice president.

Trump on Wednesday emerged the first American President to skip the inauguration of his successor in more than 150 years.

Among those attending the ceremony are former presidents Barack Obama, George W. Bush, and Bill Clinton.

Vice President Mike Pence is also present after skipping a departure ceremony for Trump at nearby Joint Base Andrews earlier in the day.