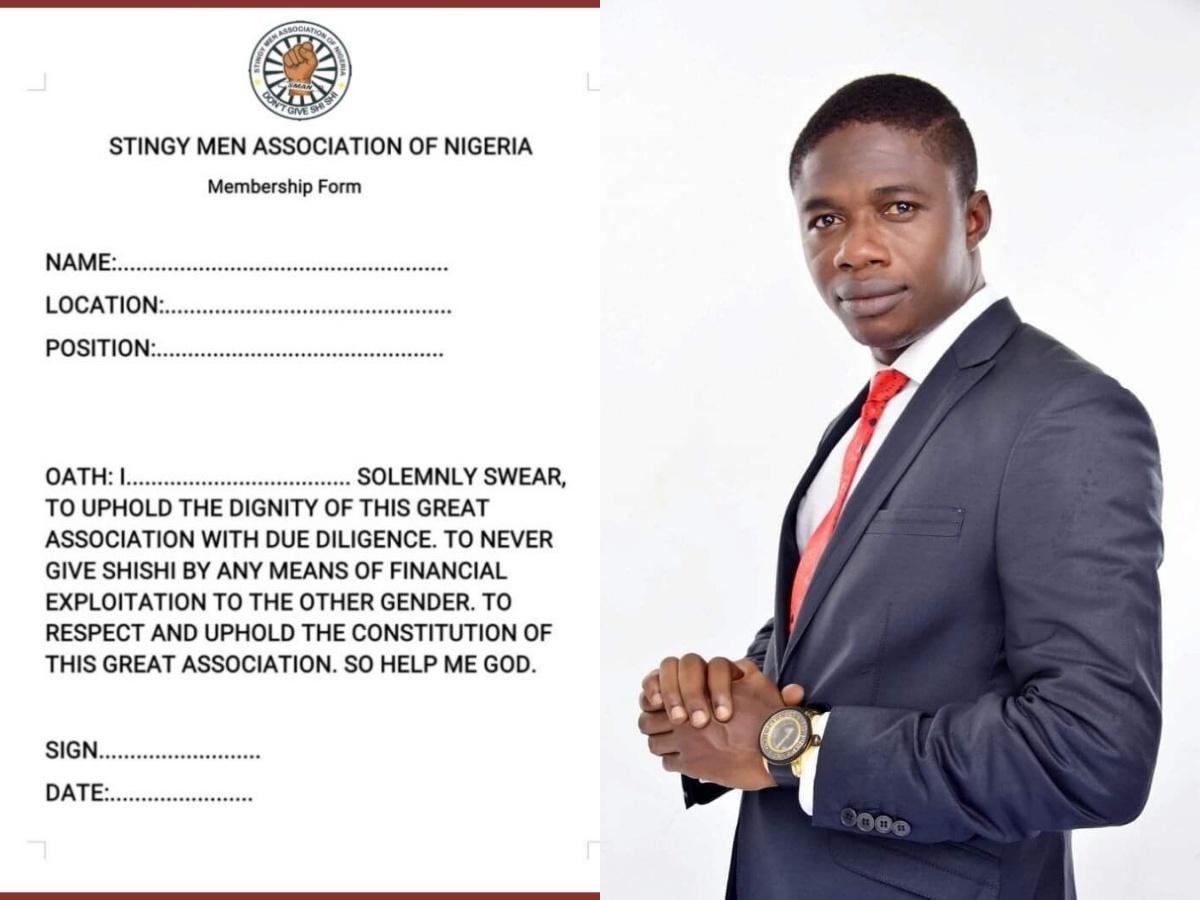 A Pastor of the Father’s House International Church, Goodheart Val Aloysius, has warned members of his Church against being stingy to men of God.

Naija News understands that the modern Church pastor took to his Facebook story a few days ago to say that he hoped the ongoing trend by the Stingy Men Association of Nigeria, a social association promoted by some celebrities, would not be extended to men of God.

According to Pastor Aloysius, being stingy to one’s pastor can lead to an untimely death.

He wrote: “Hope this ongoing (SMAN) will not be extended to pastors and the ministry? Because to be stingy with
your man of God can lead to untimely death. So be properly guided.” 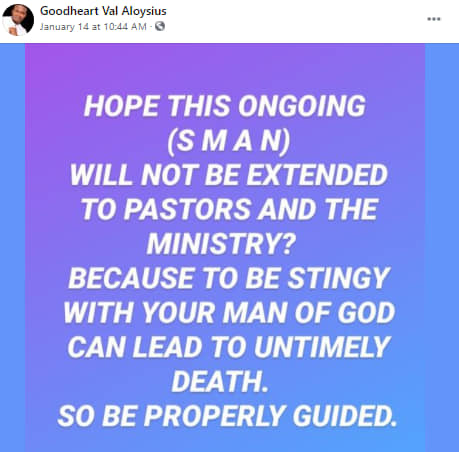 In another news, an Enugu State man has appeared in a viral-video challenging an officer of the Nigeria Police Force for allegedly trying to implant packs of marijuana in his car.

Naija News understands that the man who identified himself as Lucky Onwurah reported that the incident happened around Oji river in Enugu state.