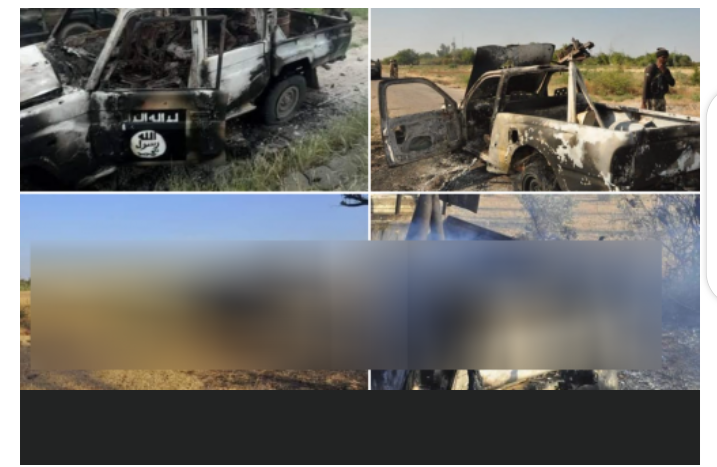 The Nigerian Air Force has reacted to sharing old pictures as a recent attack against Boko Haram terrorists in Borno State.

Recall that with the use of advanced technology SaharaReporters had discovered that the pictures posted by the Air Force were old pictures from different attacks on the terrorists.

According to Google reverse image search, the images were taken in 2018 during an operation in Damasak, Borno State.

Reacting in a statement on its Twitter handle on Wednesday, the Air Fore apologized for using the pictures.

“Our attention has been drawn to the inclusion of some erroneous pictures amongst those posted earlier on the terrorists’ gun trucks & other vehicles destroyed by the Air Task Force of Operation LAFIYA DOLE (ATF OPLD) at Marte on 15/16 January 2021.

“On further investigation, it has been discovered that the pictures sent from the OPLD Theatre inadvertently included a few pictures from other encounters with terrorist elements. The error is highly regretted.

“The Nigerian Air Force (NAF) wishes to state that the inclusion of the pictures was not deliberate & does not take anything away from the huge success of the air operation that dealt a decisive blow on the terrorists as shown in the widely circulated video.

“Most of the pictures earlier circulated were indeed from the recent successful airstrikes at Marte. The few erroneous pictures have now been expunged & all pictures here are those from the “Battle of Marte”. Thank you for your understanding and continued support for the NAF.”