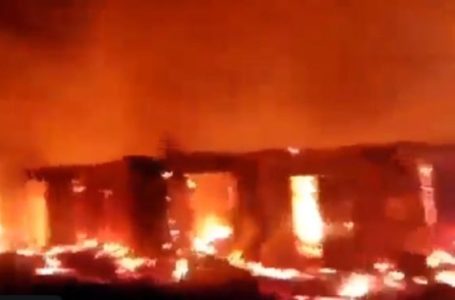 Though no life was lost and injury sustained, it was gathered that the fire incident which started around 5 pm on Saturday raged for over four hours, with 62 traders and about 28 households affected.

While confirming that the fire started from a room converted to shop, NEMA Coordinator for Lagos Territorial Office, Ibrahim Farinloye, said the fire started through the gas cylinder being used to cook.

He said that the responders faced challenges of lack of water supply and that five fire tankers from federal, state and LRU had to go some Kilometres away from the scene to source water.

Also speaking, the Acting Head, Lagos Fire and Rescue Service, Margaret Adeseye, said investigations are ongoing to establish the cause of the fire.