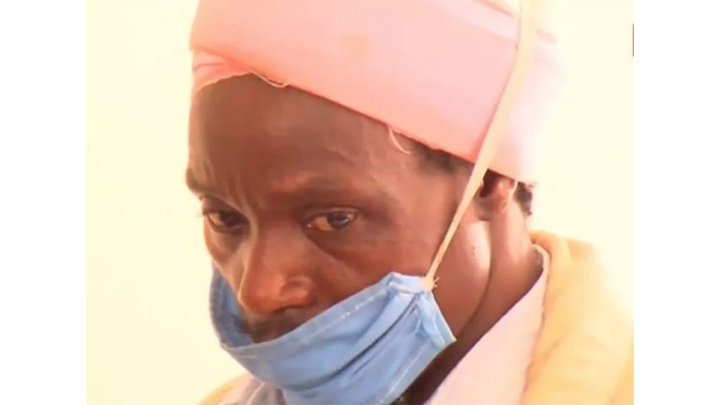 A Kenya court has declared one hundred and forty years imprisonment to a self-proclaimed pastor who allegedly had carnal knowledge of his two young daughters.

Naija News understands that the accused whose name is given as John Gichini (51), was convicted on Thursday, January 14 by a Baricho court in Kirinyaga.

The prosecutor, Patricia Gikunju had presented to the court that Gichini molested his children and one of them had given birth to a baby girl who is now seven months old.

The accused was said to have admitted to sleeping with his two daughters, 14 and 16 between June 2019 and August 2020.

On his part, while heading the court session, the Senior Principal Magistrate Anthony Mwicigi, said Gichini altered the lives of his daughters and that he deserves heavy punishment to serve as a lesson to other would-be offenders.

Mwicigi described the culprit as a very horrible person whose name should be entered into the register of the convicted and most dangerous sex offenders.

He said: “The accused abused his position as a father and ruined his daughters’ lives. It is a disgrace and taboo and he deserves a long jail term.”

“The fear of the Lord prolongs days but the years of the wicked shall be shortened,” Mwicigi quoted the Holy Bible to back his proclamation.

In his defence, Gichini told the court that he was misled by the devil and sought forgiveness from his daughters and the court. He said: “The devil reigning on earth and making people to sin. I sinned, but I’m remorseful and I will be very happy if pardoned. It was my first time to commit such a crime in my life.”

Naija News understands that Mwicigi had been on the run since last December but met his Waterloo after he was arrested in Mbeere South on Sunday and taken to Sagana police station.

Meanwhile, the identity of the 18-year-old girl who died in a sex romp allegedly involving some government officials at Yobe State government lodge a few days ago has been revealed, Naija News reports.