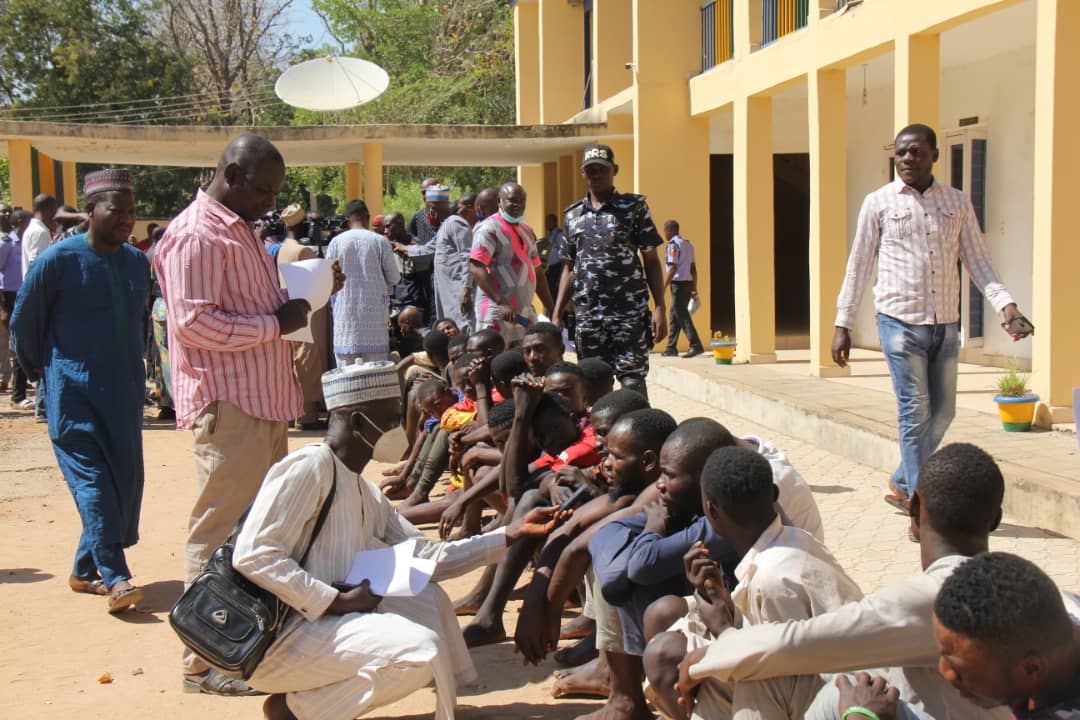 Men of the Nigeria Police Force in Bauchi State have arrested no fewer than 18 persons, including nine teenagers, at an alleged sex party in the state.

According to the statement made available to newsmen on Wednesday, January 13 by the state Police Public Relations Officer, Ahmed Wakil, the citizens were nabbed at the venue of the condemnable event in Dass town, Dass Local Government Area of the state.

Wakil made the disclosure while parading the suspects before reporters at the command’s headquarters in Bauchi on Wednesday, Naija News understands.

The police officer claimed that the suspects were arrested during an operation by the command to crack down on criminal activities across the state.

He said, “In furtherance to our commitment to cracking down on criminal conspiracy, housebreaking, indecent acts and thuggery, the command has made adequate use of intelligence gathering towards continuous maintenance of law and order, and this has continued to yield positive results.

“Based on reliable intelligence that members of a suspected criminal syndicate, Sara Suka, notorious for thuggery, phone-snatching and indecent acts, including sex parties, were terrorising residents of the state, the Commissioner of Police, Lawan Tanko Jimeta, raised a team of detectives led by the Commander, Rapid Response Squad, who immediately embarked on a round-the-clock operation, which resulted in the arrest of the suspects.

“Findings revealed that on the day of the arrest around 8pm, the suspect conspired among themselves and organised a party suspected to be a sex party with the attendant series of atrocities within Dass town. The suspects will be profiled and charged.”

Meanwhile, Troops of the military task force, Operation Safe Haven (OPSH) in Plateau State have denied complicity in the death of two youths in Riyom Local Government Area of the state.

Naija News reports that some sources had blamed last Sunday’s killing of two youths, Jerry Bitrus, 28, and Joseph Davou, 32 on the military task force, but the claim has been refuted by the leadership of the troop.