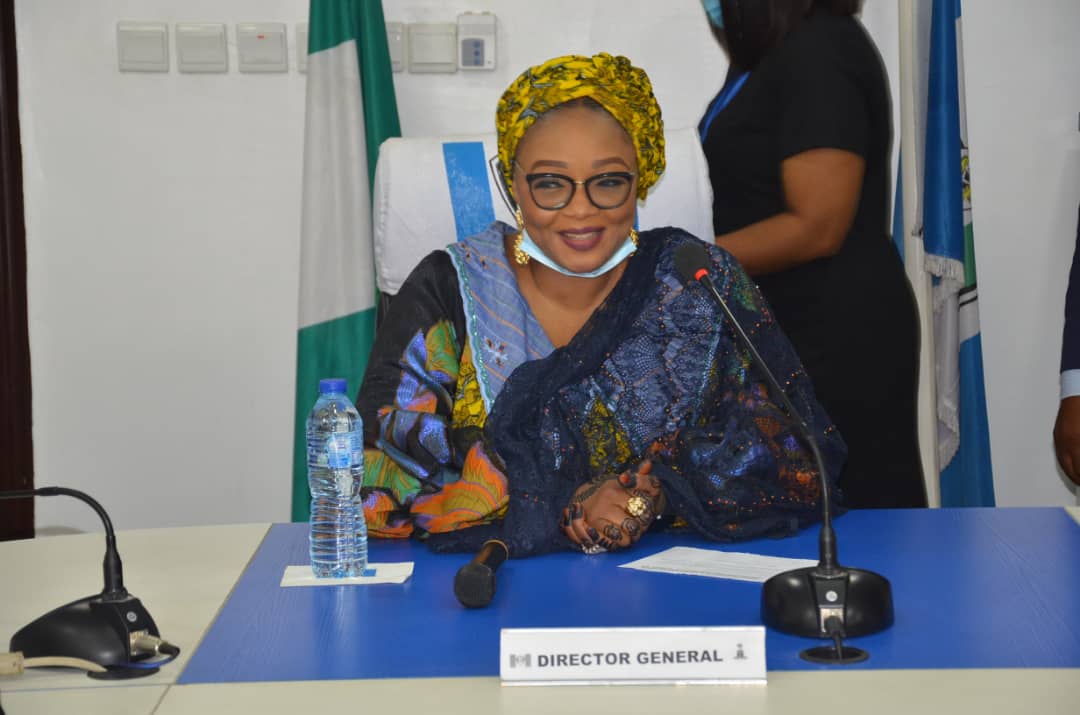 The newly appointed Director-General of the National Agency for the Prohibition of Trafficking in Persons (NAPTIP), Imaan Sulaiman-Ibrahim, has resumed office.

Naija News reports that this is despite controversies that followed her appointment over her unqualification for the position.

Section 8 (1) of the NAPTIP Act 2015 mandates any appointee for the position of the the director-general of the agency to be from the directorate cadre in the civil service or from an equivalent cadre in any of the nation’s law enforcement agencies.

The Act further stipulates that the agency must have a board, to which the director-general is the secretary, and the board must be made up of representatives of the government, all of whom must be within the directorate cadre in any of the ministries of justice, women affairs, labour and productivity, the police, the National Intelligence Agency (NIA), the Nigerian Immigration Service and the National Population Commission (NPC).

Mrs. Sulaiman-Ibrahim’s credential does not match these requirements, and her appointment makes it the second time ever the NAPTIP law was breached while appointing the head of the agency.

It was gathered that the new appointee who commenced work on December 22, 2020,  has been seen in the public performing functions and visiting dignitaries, including her state governor in Nasarawa.

President Buhari had in a statement on December 1, 2020 sacked Julie Okah-Donli, the former NAPTIP boss, and appointed Sulaiman-Ibrahim.

It read, “President Muhammadu Buhari has approved the appointment of Imaan Sulaiman-Ibrahim as the new Director-General of the National Agency for the Prohibition of Trafficking in Persons (NAPTIP).

“Until her new appointment, she was a member of the Nasarawa State Economic Advisory Council as well as Special Adviser on Strategic Communication to the Minister of State for Education.”