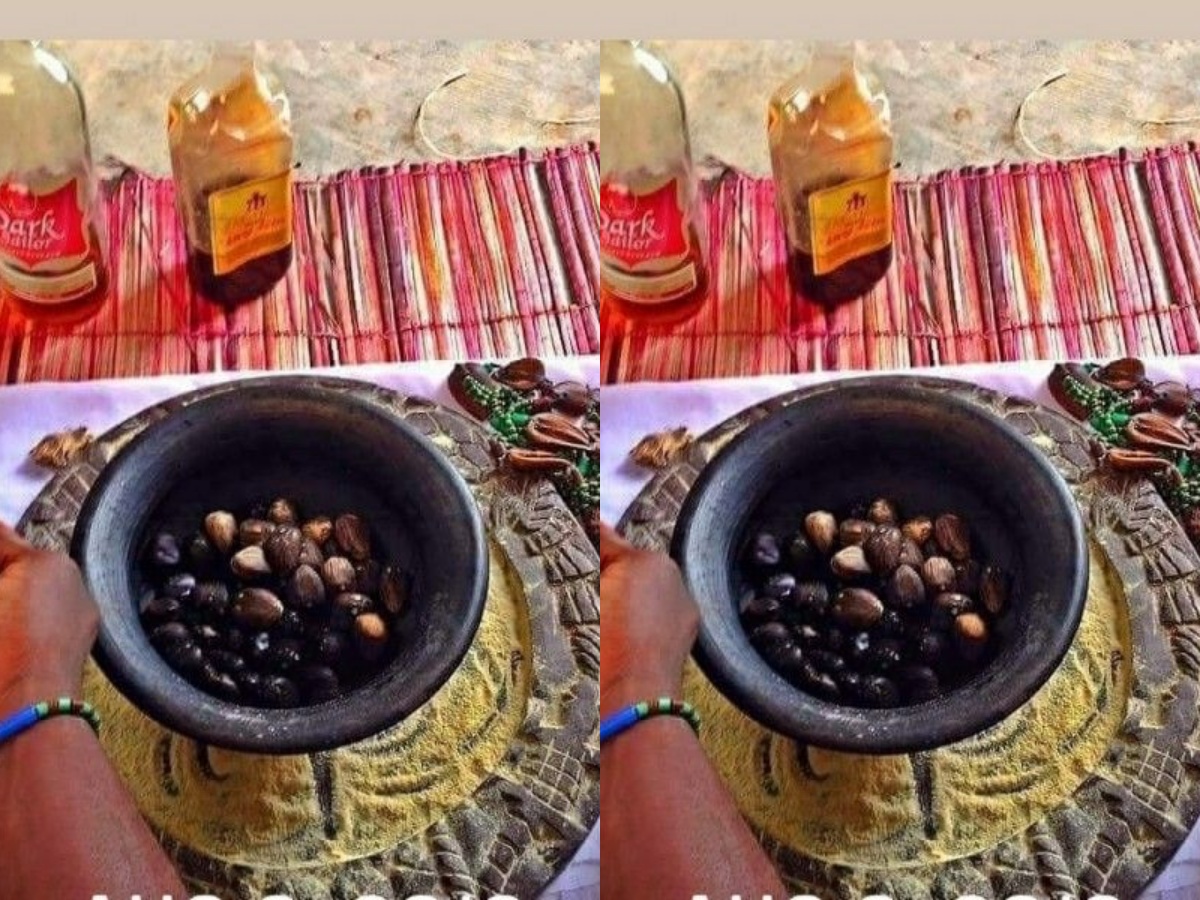 File Photo: An existing photo of a herbalist

A Nigerian man living in abroad whose identity is yet to be identified has appeared in a viral-video, asking someone suspected to be a herbalist to cause havoc on a home in Nigeria.

Naija News understands that the man who spoke in the Yoruba language in the circulated video instructed his herbalist to cause a woman and her children to run mad over a piece of land in Nigeria.

The man as heard and seen in the barely one minute video shared online challenged the suspected herbalist that the gun he gave him earlier did not work for its purpose.

He instructed the herbalist suspected to be from Nigeria to make a concussion that will cause a woman and her child to run man. Naija News understands from the conversation that the woman to be attacked had hindered the suspect from selling a building here in Nigeria.

“The wife and the child don’t want us to sell the house,” part of his statement noted.

He added: “The first one you did for me didn’t work and I spent so much money on that. I want you to help me to do it that the wife will sell the building.”

Moment A Nigerian Man In Abroad Was Asking A Herberlist To Cause A Woman And Her Son To Run Mad Over A Landed Property pic.twitter.com/5KfHyR0Uzm