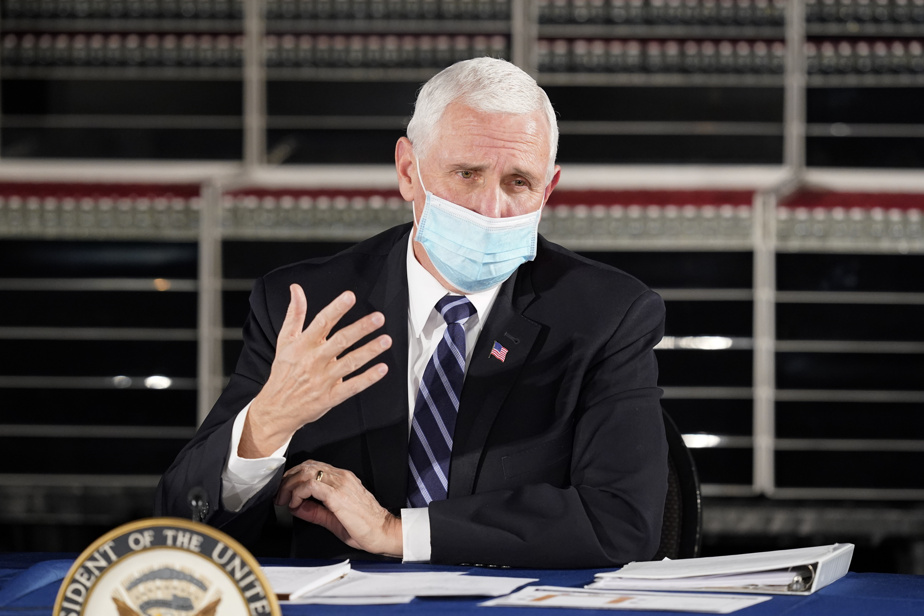 The US Vice President has rejected the call from the Speaker House of Representatives, Nancy Pelosi, and House Democrats to invoke the amendment and remove President Donald Trump from office.

Recall that Pence had previously rejected calls by House Democrats to force President Donald Trump out of office.

The House of Representatives, controlled by Democrats, rushed a vote on a resolution urging the vice president to use the powers in the amendment to remove Donald Trump from power in the wake of the violent attack on the Capitol building on January 6.

In a letter to Democrat Pelosi on Tuesday, the vice-president said that he would not invoke the 25th amendment.

The Democrat leader received Pence’s letter several hours before the official vote was passed by the House.

“I do not believe that such a course of action is in the best interest of our Nation or consistent with our Constitution,” Pence said in his letter.

The vice president argued that removing Trump with just eight days left of his term in office would not be “in the best interest of our Nation or consistent with our Constitution.”

He also defended his decision by pointing out that he had also refused the president’s demands that he overturn the official confirmation of Joe Biden’s electoral victory.

“Last week, I did not yield to pressure to exert power beyond my constitutional authority … and I will not yield to efforts in the House of Representatives to play political games at a time so serious in the life of our Nation,” he added.

The vice president also vowed to work together with the incoming Biden administration to “ensure an orderly transition of power.”

Democrats had vowed to impeach President Trump if he was not removed from office. They began proceedings on Monday and may be voted on by Wednesday.

Several Republican representatives have come out against Trump following the violence carried out by his supporters.

Republican Senate majority leader Mitch McConnell was reportedly pleased by Democrats’ efforts to impeach the president, believing that it would make it easier to purge him from the party, the New York Times said on Tuesday.