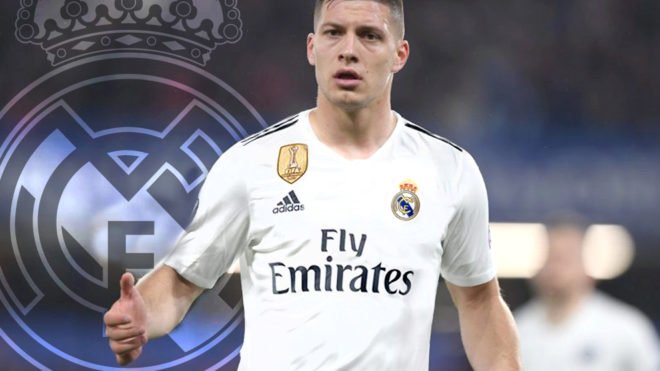 Serbian striker, Luka Jovic is on his way back to Eintracht Frankfurt in Germany, the club he left to join Real Madrid in 2019 after the La Liga giants paid €60 million (£53.5m/$73m) for his services.

Jovic signed a six-year contract with Madrid but has struggled to justify his heavy price tag, starting only three games this season, and coming off the bench in two others, with no goal to his name.

A deal has now been concluded between Madrid and Frankfurt for the player to return to Germany on loan till the end of the season as confirmed on Tuesday by Eintracht sporting director, Fredi Bobic.

He told Sky television: “Luka Jovic is being loaned to us until the summer. We still have to sort out a couple of details like for example his medical.

“If everything is in order he will be back with us very soon.”

Before departing Germany two years ago, Jovic scored 17 Bundesliga goals in the 2018/2019 Bundesliga season but has so far been unable to replicate the form which made Madrid pay so much to bring him to the La Liga.

Since his arrival in Madrid, the 23-year-old has only managed two goals and two assists in 32 games across all competitions.

Meanwhile, Liverpool FC has dropped to the second position on the English Premier League table after Manchester United defeated Burnley 0-1 on Tuesday night.

United will now face Liverpool in their 18th 20/21 season game on Sunday, January 17 at Anfield.