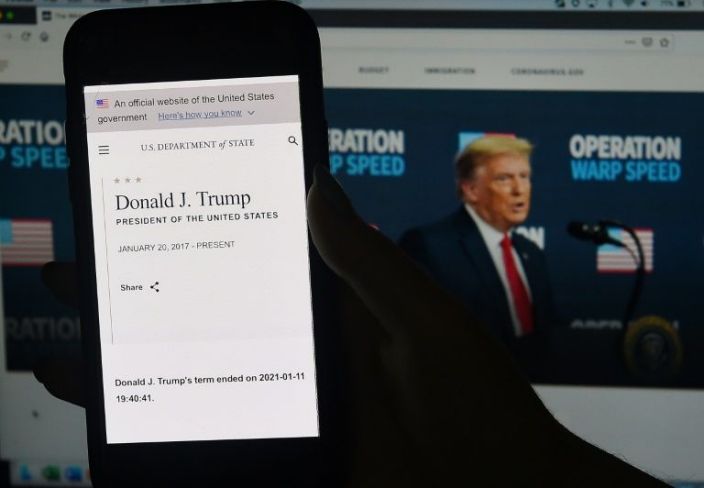 The US State Department’s website caused a stir on social networks by briefly publishing on Monday a biography of the outgoing president with this comment: “Donald J. Trump’s term ended 2021-01-11 19:49:00,“.

The Republican billionaire, defeated in the November presidential election, might remain in office until January 20, the day of the inauguration of his Democratic successor Joe Biden.

However, following the assault on Capitol Hill last week by his supporters, calls for his resignation have multiplied, sometimes even from elected Republicans, while Democrats have taken legislative action to try to impeach Donald Trump.

Asked by AFP, the State Department did not provide an explanation. According to the Buzzfeed site, which quotes two diplomats on condition of anonymity, it was a “disgruntled employee” who made the change on the biographies of President Trump and Vice President Pence, and Secretary of State Mike Pompeo demanded the opening of an internal investigation to identify the perpetrator.