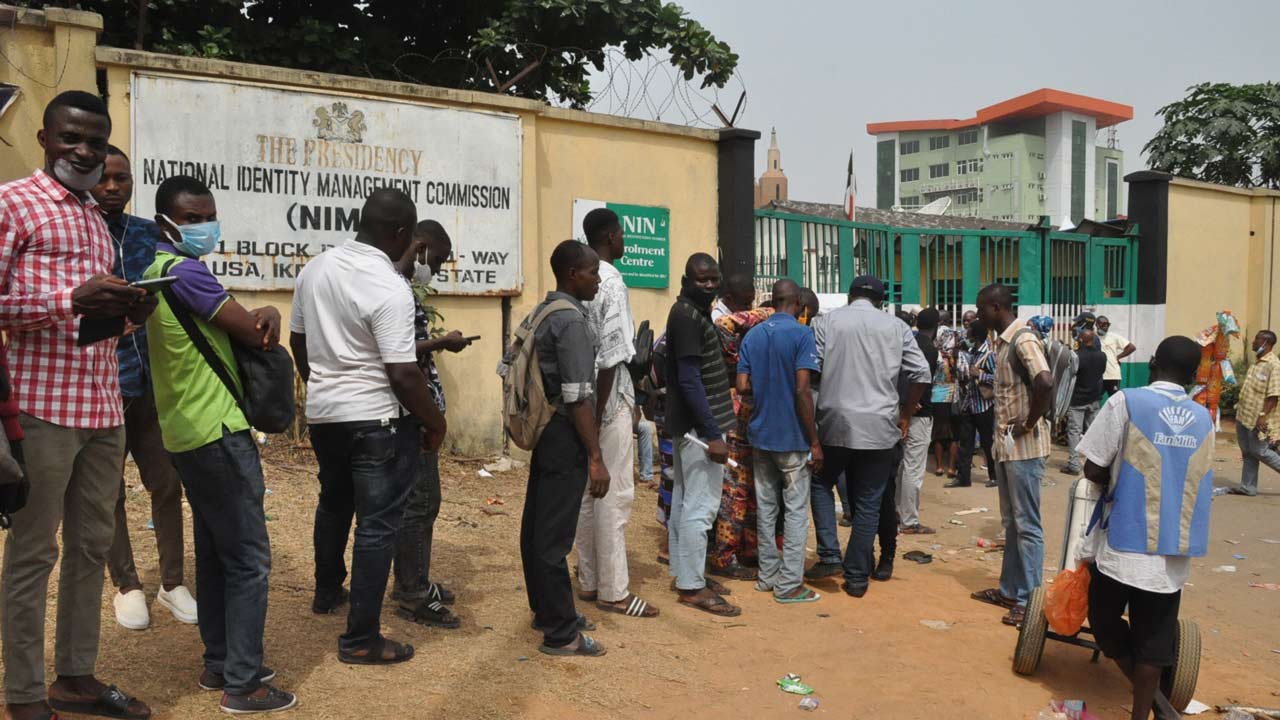 The Federal Government has stated that the ongoing National Identification Number (NIN) enrolment may be suspended over risks of coronavirus (COVID-19).

Naija News reports that this was made known by the Minister of State for Health, Dr. Olorunnimbe Mamora.

The Minister, who is a member of the Presidential Task Force on COVID-19, stated this on Monday while featuring on Channels Television’s Sunrise Daily programme.

Senator Mamora called on the National Identity Management Commission (NIMC) to go back to the drawing board and re-strategise on the enrolment process to avoid large crowds at its centres nationwide to curb the spread of COVID-19.

According to the former minister, the government has a duty to ensure Nigerians are protected at all times.

Mamora said: “I don’t feel good looking at the picture where people are gathered in multitude; it’s like a superspreader event which we don’t like. But I’m also aware that the relevant ministry which is the communications and digital economy is looking at this.

“My understanding is that the whole process may be suspended so as to reorder the whole process in terms of management of the crowd because it was never intended that it would become a rowdy process like that.”

“We have a duty as government to ensure that people are protected; we also have a duty to ensure people comply within the limit of what is good for the society at large.”

Recall that NIMC workers last week Friday suspended the industrial action which they embarked upon on Thursday over the fear of COVID-19 spread in the agency.

The workers suspended their strike after a meeting with the Federal Government, where it was agreed that the demands of the employees would be addressed.

The commission had embarked on strike on Thursday to protest COVID-19 case among their workers.