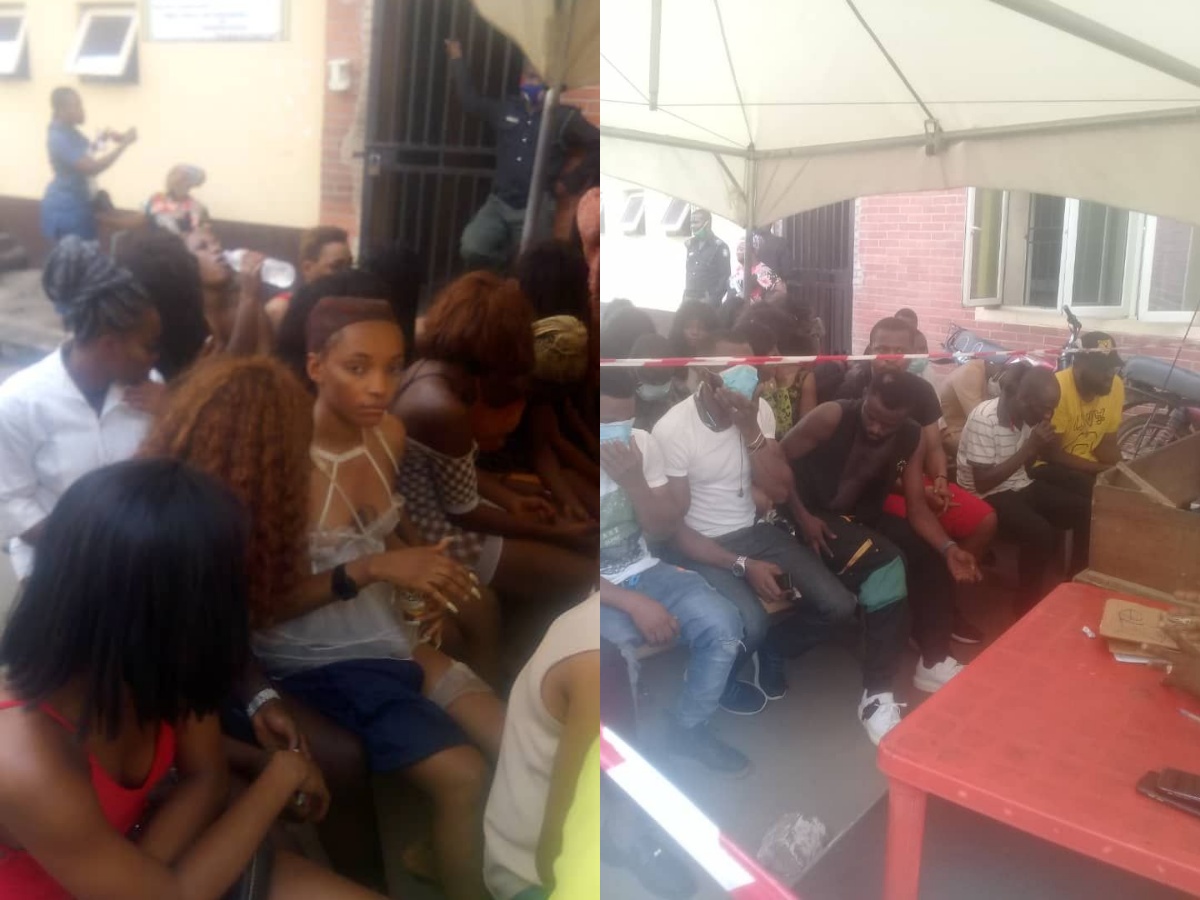 No fewer than forty-three people have been arrested by security operatives at a club in Lagos State.

Naija News understands that the clubbers, including strippers, were arrested by some men of the state Police Command during a raid at Eclipse Night Club, Ligali Ayorinde Street, Victoria Island.

Confirming the report, the state Police spokesman, Muyiwa Adejobi on Monday evening, January 11 told newsmen that the young men and women were arrested by officers attached to the Maroko Division.

On his part, the state commissioner of Police, Hakeem Odumosu, ordered that the suspects be paraded to Taskforce office in Oshodi for prosecution.

He stressed further that all club owners in the state should no longer be spared as they encourage total disregard for COVID-19 protocols as made available by the government and health agencies.

The Police boss had ordered Area Commanders and Divisional Police Officers to go after violators.

Meanwhile, the Chairman of the Presidential Task Force and Secretary to the Government of the Federation, Boss Mustapha, on Monday, said travels, reopening of schools, businesses and religious centres have contributed to the increase in COVID-19 cases in Nigeria.
Mustapha stated this during the PTF media briefing in Abuja, on Monday.