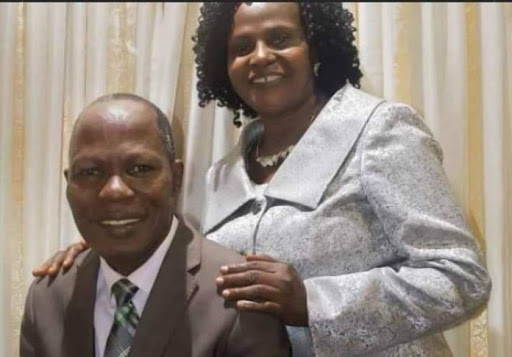 The Chairman, Pentecostal Fellowship of Nigeria in Kaduna State, Apostle Emmanuel Bako, has recounted his ordeal in the hands of kidnappers.

Naija News had reported that the cleric and his wife, Cindy were abducted on Christmas Day, December 235, 2020. However, they were released 48 hours after paying N4.5m ransom.

Speaking to The Punch, Bako said he was surprised about his abduction, adding that he was coming out to re-park his car when he and his wife were kidnapped.

The PFN Chairman noted that his abductors, who were young boys, spoke Fulani language, Fulfude. He added that the kidnappers collected N4.5m ransom before they were released.

He said: “I was in the house on the fateful day; I didn’t know these kidnappers were already operating on the road. They had a clash with the police but I didn’t know. I was coming out to re-park my car. So, it was later on they told me they thought that I knew about either the robbery or that attack or the firing that was going on at my gate. They said they thought I was requesting reinforcement against them or that I was trying to run away. So, as I was trying to re-park, they fired at my car directly twice. It was then that I knew that something was happening. Thank God, none of the bullets got me but I have some of the (expended) bullets with me right now. They picked me up. My wife was in the house, they went for her and we went into the bush.

“They went into my house; saw the children but they only picked my wife. And of course, they carried some things in my house, meat and food items, in particular.”

He added: “Our journey into the bush started around 7:30pm and we never stopped until around 1:00am, trekking through the bushes. I had no shoes on me. I was barefooted for the first time. We went on, non-stop, until we got far into the bush when they were also tired. We slept on bare ground and then around 5:30am, we were up again. From there we started going from one mountain to another. I think they were afraid, thinking the security people were pursuing them or the villagers would regroup against them. So, we didn’t have a particular spot. We were going from one place to another and into a thick forest. And that was how we kept journeying from 5:30am until about 11:00am and 12pm and then we rested until about 4pm. We started moving again until 8pm, and then we rested again.

“Then, the issue of money came. They started asking for money and I told them that I didn’t have money. They asked me how much I could afford and I told them that I couldn’t even afford N100,000. I told them that I am just in that camp, praying and that I am not a friend of any organisation. I told them that I offer services to people. Eventually, they asked me to get contact with one of our people – anybody or they would kill me. Well, thank God, we were not moved. We were very composed. We approached them as fathers. We approached them with the love of Jesus. We just knew that it was not normal for them to be in the bushes carrying out the operation if not for the needs that they had in their lives. It was just about survival otherwise they wouldn’t do that. We told them that that they wouldn’t have done what they were doing. We told them that we had  passion for them and that if we had money, we would give them. That broke them. Initially, they were violent but eventually, they piped down. They became kind and humane. They even served us, then the negotiation actually took off in the morning about paying ransom and we got in touch with one of our pastors. We never had a particular spot that we stayed. We just kept moving until we were finally released on a Sunday evening.”