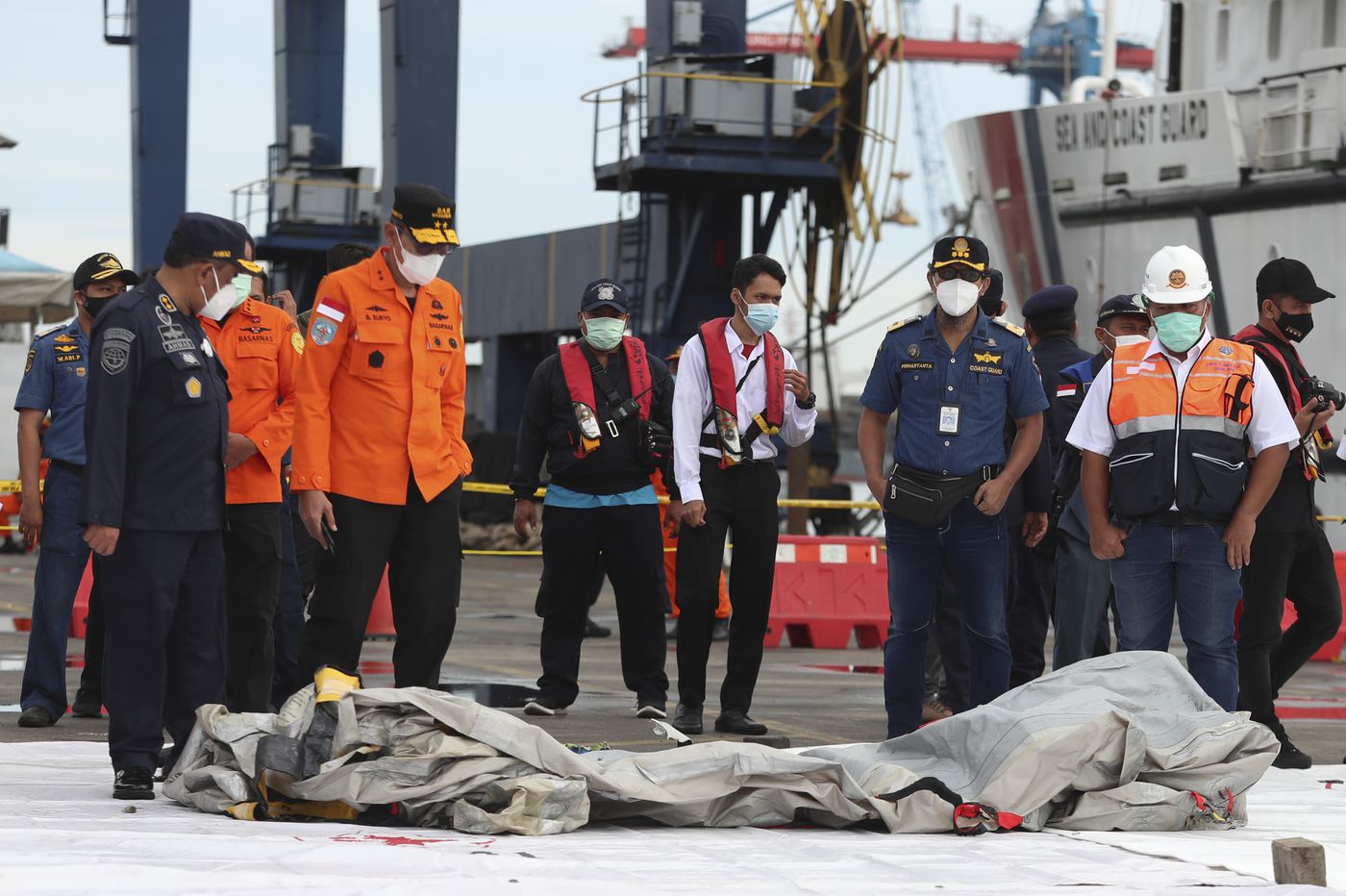 Indonesian divers on Sunday located parts of the wreckage of a Boeing 737-500 at a depth of 23 meters (75 feet) in the Java Sea, a day after the aircraft with 62 people onboard crashed shortly after takeoff from Jakarta.

“We received reports from the diver team that the visibility in the water is good and clear, allowing the discovery of some parts of the plane,” Air Chief Marshal Hadi Tjahjanto said in a statement. “We are sure that is the point where the plane crashed.”

He said the objects included broken pieces of the fuselage with aircraft registration parts.

Earlier, rescuers pulled out body parts, pieces of clothing and scraps of metal from the surface.

“Hopefully until this afternoon the current conditions and the view under the sea are still good so that we can continue the search,” he said.

The break in the search for Sriwijaya Air Flight 182 came after sonar equipment on a navy ship detected a signal from the aircraft at a location that fit the coordinates from the last contact made by the pilots before the plane went missing on Saturday afternoon.

Tjahjanto stresses that it’s still unclear what caused the crash. There was no sign of survivors.

“I represent the government and all Indonesians in expressing my deep condolences for this tragedy,” President Joko Widodo said.

“We are doing our best to save the victims. We pray together so that the victims can be found,” he said, adding that he had asked the National Transport Safety Committee to conduct an investigation. 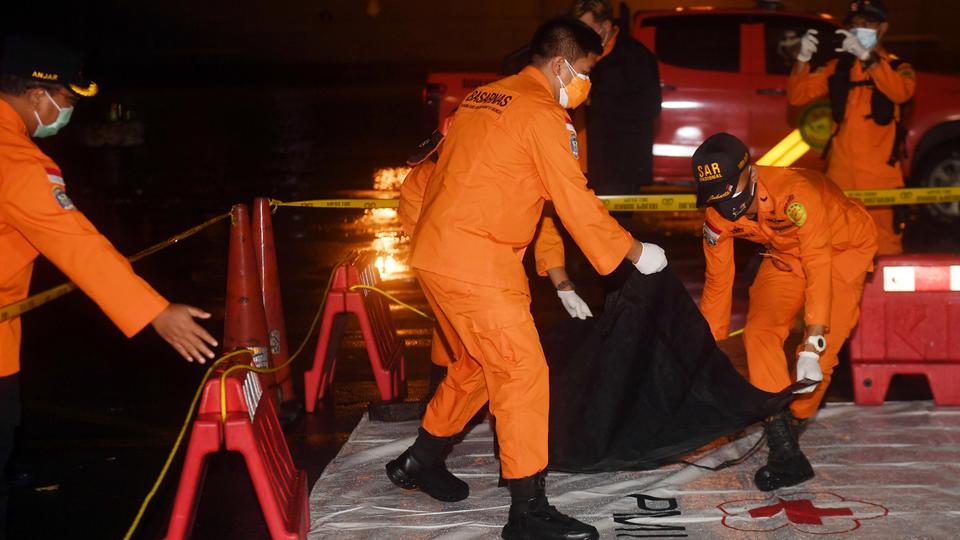 Naija News reports that Transportation Minister Budi Karya Sumadi said Flight SJ182 was delayed for an hour before it took off at 2:36 p.m. It disappeared from radar four minutes later, after the pilot contacted air traffic control to ascend to an altitude of 29,000 feet (8,839 meters), he said.

There were 62 people on board, including seven children and three babies.

“We are aware of media reports from Jakarta regarding Sriwijaya Air flight SJ-182,” Boeing said in a statement. “Our thoughts are with the crew, passengers, and their families. We are in contact with our airline customer and stand ready to support them during this difficult time.”