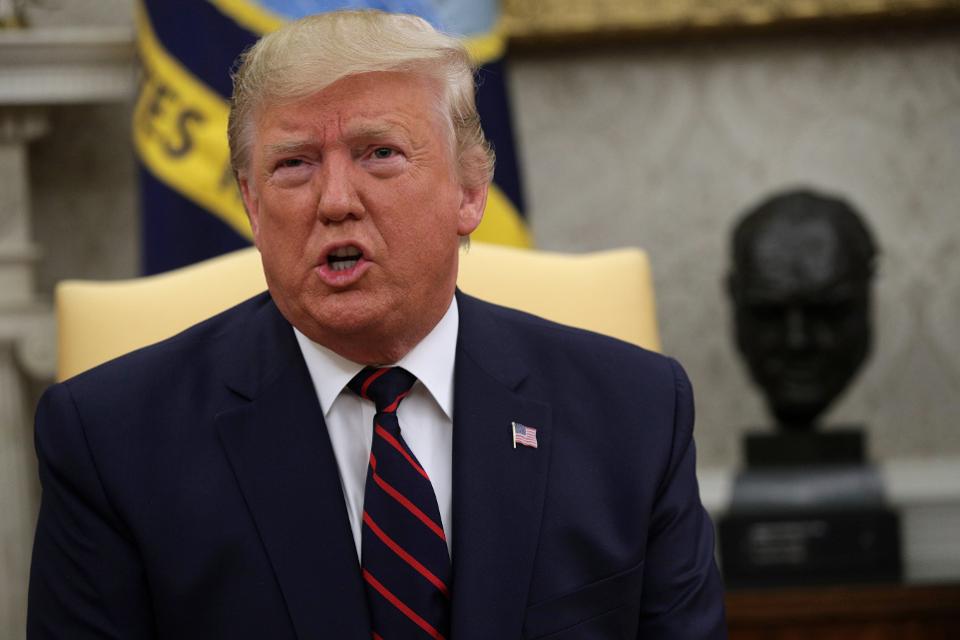 The incumbent president of the United States of America, President Donald Trump has been permanently suspended from Twitter.

The decision was reached due to the violence and attack on the US Capitol by his supporters.

Recall that Twitter had blocked the Republican for 12 hours after the attack on the US Capitol on Wednesday and warned that he would be permanently suspended if he continues breaking its rules.

Trump, however, on Thursday posted a video on his account that seemed aimed at calming tensions after the mayhem caused by his supporters.

He noted that his administration would smoothly pass over power to Biden.

Twitter said at the time it was continuing to watch Trump’s social media activity to determine whether further action was needed.

The decision to suspend Trump’s account came after a pair of tweets on Friday, according to the one-to-many messaging platform.

Trump in one of the tweets on Friday stated that none of his supporters would be “disrespected” and in the other one, he noted that he would not be attending the inauguration of Biden.

“These two Tweets must be read in the context of broader events in the country and the ways in which the President’s statements can be mobilized by different audiences, including to incite violence, as well as in the context of the pattern of behaviour from this account in recent weeks,” Twitter said.

The company determined the tweets violated its “Glorification of Violence Policy” and that “user @realDonaldTrump should be immediately permanently suspended from the service.”

Twitter confirmed that several hundred employees signed a letter to chief executive Jack Dorsey saying they were disturbed by the “insurrection” carried out by Trump supporters who had been rallied by the president.

The employees called for Twitter to assess the role its platform played in Wednesday’s events.

“Twitter encourages an open dialogue between our leadership and employees, and we welcome our employees to express their thoughts and concerns in whichever manner feels right to them,” a company spokesperson said of the letter.