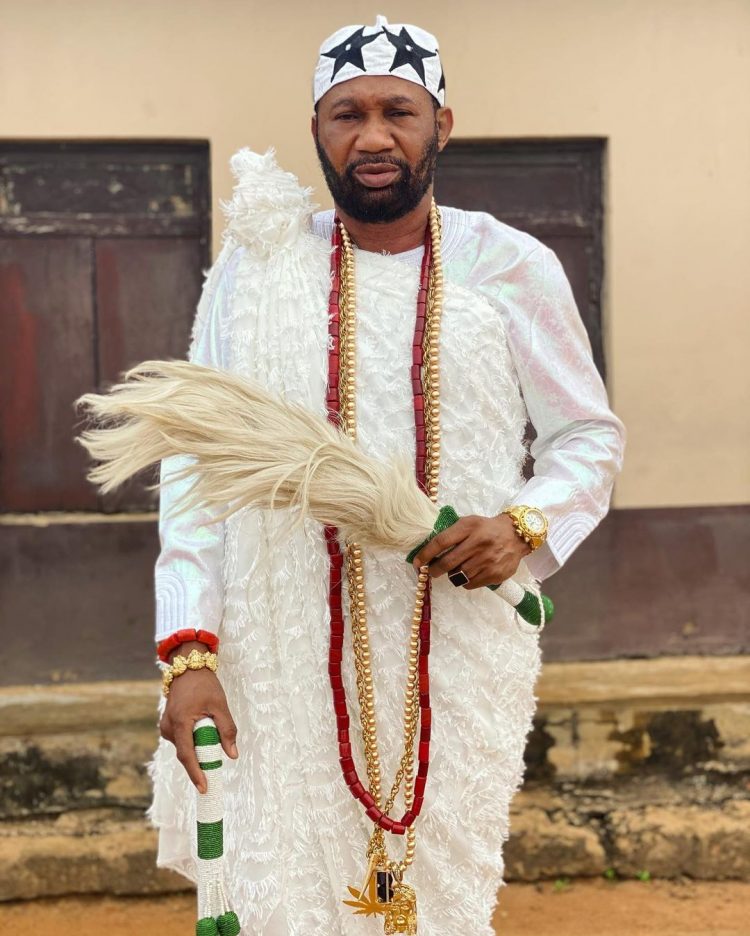 A Nigerian actor and producer, Omogoriola Hassan, has been installed as the new king of Uba land, Imobi Kingdom in Ogun State.

Oba Omogoriola disclosed this on his official page on Instagram with a video that captured the moment chiefs of the town made an Ifa consultation to confirm his installation.

He noted that the consultation became necessary as many have now resorted to using money and influence to snag traditional titles.

The new monarch, however, thanked God ALmighty, his family, and friends who supported him during his coronation as the new monarch of the kingdom.

He wrote: “The office of an Ọba in Yoruba land is an hereditary office that is maintained by Royal families, but in order to be the one that is confirmed as an Ọba the chief priest and the town elders would perform an IFA consultation to confirm if they have the right person because many use influence and money to attain this sacred office.

“I am elated that when the Uba Imobi kingdom’s IFA priests and the elders performed my Ọba consultation, IFA responded at the first throwing of the kola-nut that I am the right person for the Ọba’s office (The Olu of Uba Land Imobi Kingdom). I am grateful to IFA and the creator for permitting me to be the chosen Ọba for my people. My sincere gratitude to my family, friends, and fans for your prayers, support, and well-wishes.”

Naija News understands that the actor had previously been installed as a king-elect but a recent consultation with the oracle confirmed him as the substantive monarch of the town.