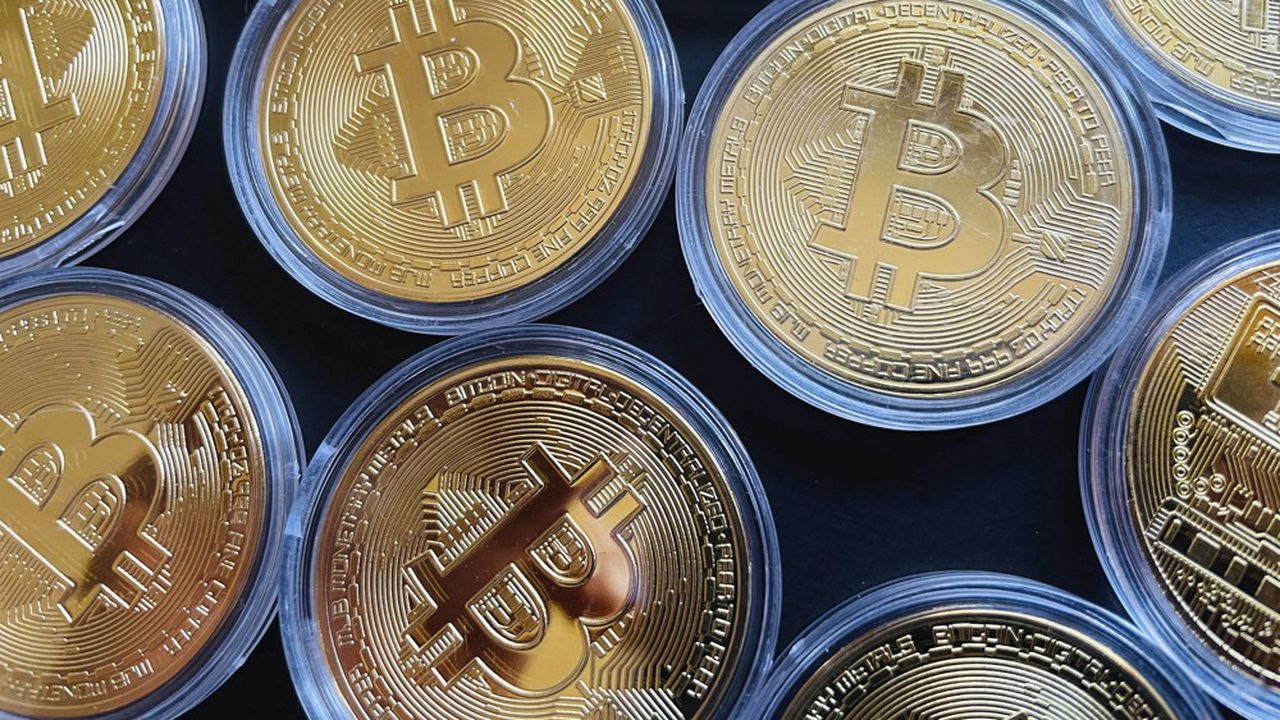 The euphoria that has surrounded the cryptocurrency markets since December is palpable. The volume of Bitcoin exchange has thus doubled, while the largest cryptocurrency has authorized a breakthrough above 40,000 dollars.

The news was shared by Mati Greenspan, analyst and founder of Quantum Economics. He explains that Bitcoin’s trading volume now far exceeds that of Bitcoin’s last great bull run (BTC):

“Bitcoin trading volumes on all exchanges have just doubled from their previous record highs.”

On Binance alone, the 24-hour volume exceeds $5.2 billion for Bitcoin, according to data from CoinGecko. The enthusiasm is therefore very present, even if a strong correction seems to be on the horizon, after these explosive few weeks. The quantity of Bitcoin sent to the exchanges is indeed also logically increasing, which could precede massive sales.

It must be said that the breakthrough of Bitcoin turned out to be particularly rapid. As of December 8, the largest cryptocurrency had yet to exceed $ 20,000. But a month later, she made a brief jump above $ 40,000. This new record was set on some platforms at the end of the day yesterday. Immediately afterwards, however, the price of Bitcoin plummeted by almost 10%: 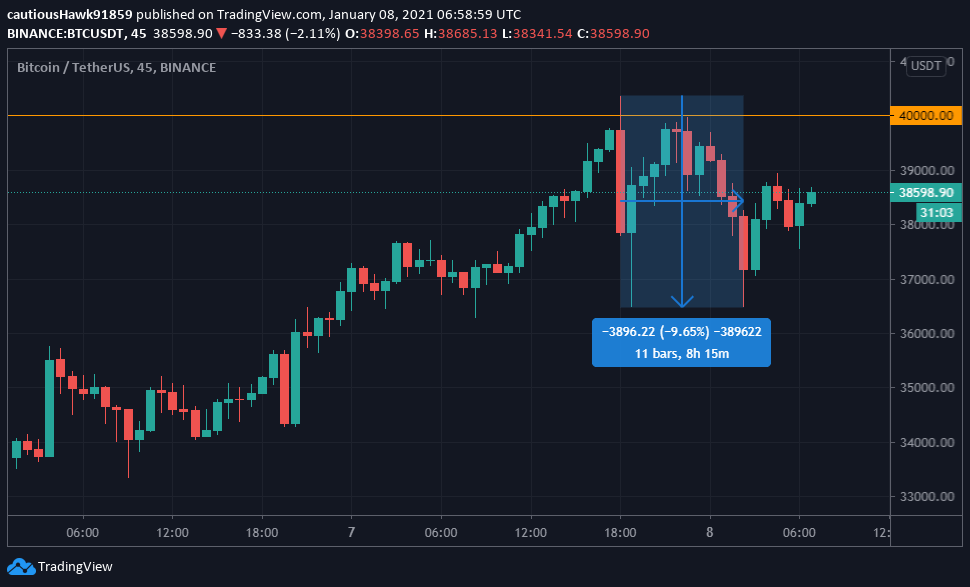 Around 8 am this morning, the price is holding above $38,000. Bitcoin’s very rapid take-off, however, has some analysts fearful of a sudden retracement. This is, for example, the opinion of Josh Rager, the founder of Blockroots, who estimates that the BTC could lose 50% of its value and fall back towards the 20 000 dollars, before progressing again.

The analysis is shared by Gavin Smith, CEO of Panxora Group, who told Reuters:

“The reality is that Bitcoin is far from being a magic money tree, nor is it spared from downward price movements. In reality, one can expect drops as high as 25% every now and then as investors withdraw their profits.”