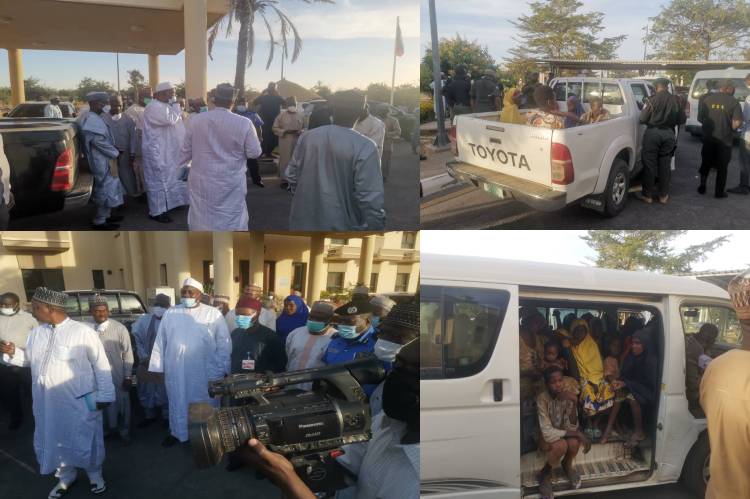 Security forces rescued 77 people from kidnappers in Katsina State and handed them over to Governor Aminu Masari.

The governor said the rescue was carried out in collaboration with the Miyetti Allah Herdsmen Association (MACBAN), police, army, DSS and other security agencies.

“We saw an opening and we are working with the leadership of Miyetti Allah Cattle Breeders Association in cooperation with the police, the army, the DSS, the Air force and other security agencies to bring back as many of the kidnapped victims as possible,” he said.

The 77 rescued people in Jibia and Batsari areas are expected to be reunited with their families on Friday.

Masari said such a joint operation had allowed the release of 104 hostages recently.

He said 16 of them were rescued in Sabuwa, Faskari and Dandume areas of the state; 10 and in the Danish region; and 77 people were arrested on Thursday in Batsari and Jibia districts.

The Katsina state governor added that the cooperation was in addition to the negotiations that led to the rescue of 344 students abducted by gunmen from the Kankara School.

“The process is still ongoing; we are doing this as quietly as we can to make sure that nobody is harmed and further kidnapping is stopped,” he said.

Katsina State Commissioner of Police, Sanusi Buba, in his address, said the militants themselves had repeatedly called for peace in their areas.

“It’s been a long time coming,” he said. We are working to secure the release of all hostages without ransom or harm.

“We hope this route will not be limited to Katsina State but will extend to other states facing this threat.”