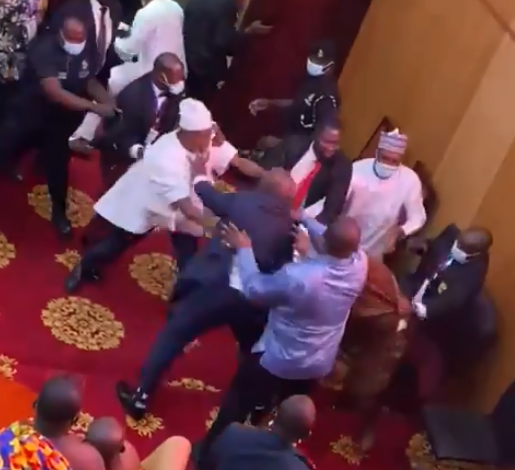 Ghanaian lawmakers on Wednesday fought dirty over who takes the majority side in the parliament.

Naija News reports that soldiers had to be sent in to restore normalcy in the Ghanaian parliament.

It was gathered that it was a chaotic episode in the Ghanaian parliament yesterday December 6, following the dissolution of the 7th parliament.

In a footage that has gone viral on social media, it was gathered that the fight was between NPP and NDC members and centered on who takes the majority side in the parliament and who also produces the next Speaker of Parliament.

It was however gathered that while NPP has the majority in parliament with 137 seats, the NDC has 136 seats.