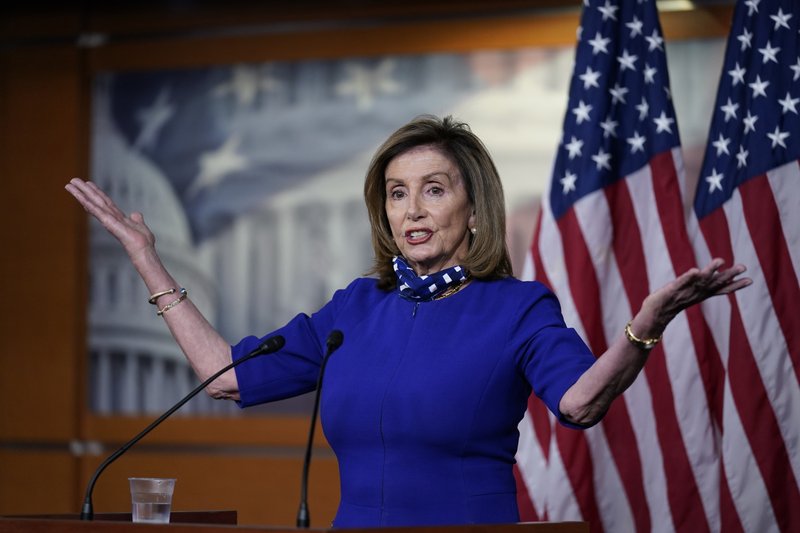 US House Speaker Nancy Pelosi has condemned the invasion of the Parliament by supporters of President Donald Trump.

Naija News reports that Trump’s supporters had stormed the Capitol in Washington to disrupt a joint session of Congress held to certify Joe Biden’s win.

Analysts say the move was a desperate last-minute bid to overturn the November election that sparked chaos and accusations of a “coup” attempt.

The violence, hours after an extraordinary rally by Trump challenging his defeat, saw flag-waving backers break down barricades outside the Capitol and swarm inside, sending the legislative sessions into an emergency recess.

It was gathered that a woman shot during the ensuing melee was pronounced dead.

But in a letter to her colleagues, Pelosi said the leaders of the congress will proceed with the certification of President-elect Joe Biden’s win despite Capitol invasion by supporters of

She announced that the leaders will resume the joint session on Wednesday night to certify Biden’s win once the Capitol is “cleared for use.”

“In consultation with Leader Hoyer and Whip Clyburn and after calls to the Pentagon, the Justice Department, and the Vice President, we have decided we should proceed tonight at the Capitol once it is cleared for use. Leader Hoyer will be sending out more guidance later today,” Pelosi said.