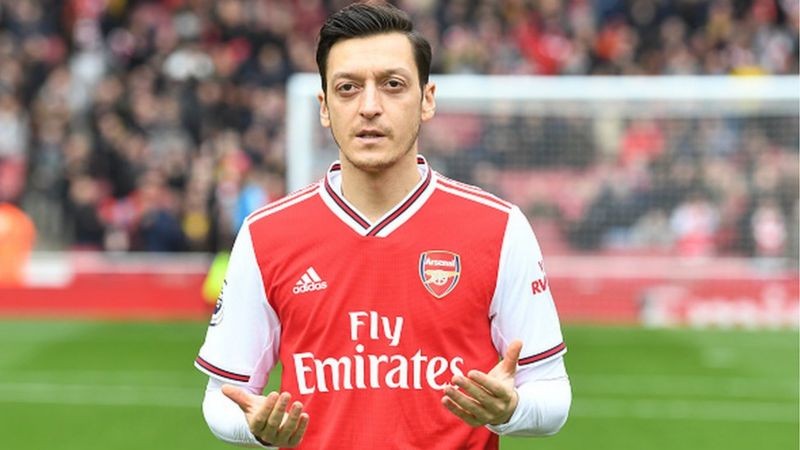 Arsenal playmaker, Mesut Ozil appears closer to ending his time with the Gunners after he reportedly agreed to join Turkish top-flight division, Fenerbahce.

The German who joined Arsenal in 2013 from Real Madrid under former coach, Arsene Wenger has been totally frozen out of the team under new manager, Mikel Arteta.

However, the player according to DHA Spor is now set to move on and has agreed a three-and-half-year deal with Fenerbahce.

Also, several reports claim the 32-year-old player is expected to join the Turkish side this month.

The player himself appears to be fuelling the rumours of an imminent move to Turkey after he took to his Twitter account where he shared a picture of himself with a background of Turkey and he appears to be appreciating the city.

Meanwhile, Ozil’s current contract with Arsenal is set to expire at the end of the season with the player expressing readiness to run down the contract despite being frozen out of the first team at the Emirates Stadium.

In an earlier report, Naija News reported Nigerian International, Ogenyi Onazi, has agreed to end his contract with Danish Super Liga side, SonderjyskE.

Recall that the 28-year-old midfielder joined the club in October with an option to extend the deal by two more years.

The midfielder joined the Sydbank Park outfit in an effort to regain match fitness after rupturing his Achilles tendon during his time with Turkish Super Lig club, Trabzonspor.