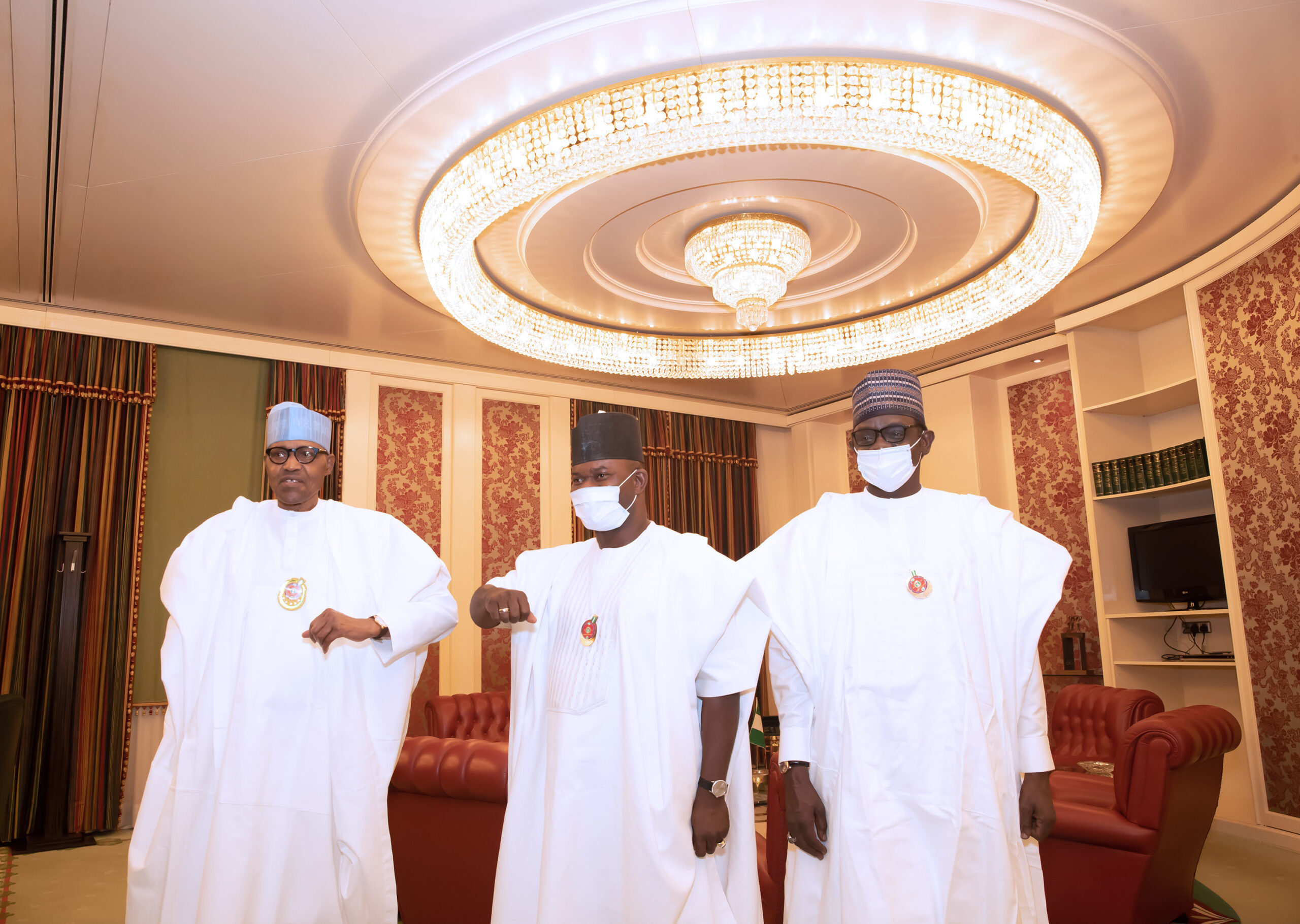 Naija News reports that the Kogi governor and his Yobe counterpart refused to address newsmen after the meeting with Buhari.

Meanwhile, the Edo State High Court sitting in Benin, the state capital, on Wednesday, disqualified the deputy governorship candidate of the APC in the September 19, 2020 governorship election, Audu Ganiyu.

A member of the ruling Peoples Democratic Party, Kadiri Oshoakhemhe, had in a suit No: B/358/20 filed a case against the APC deputy governorship candidate and two others.

The presiding judge, Justice H. A Courage-Ogbebor, while delivering his judgement on Wednesday noted that Ganiyu presented false information to the Independent National Electoral Commission in his Form EC9.

Ganiyu was the running mate of the APC governorship candidate, Osagie Ize-Iyamu, who lost the election to Governor Godwin Obaseki of the Peoples Democratic Party.