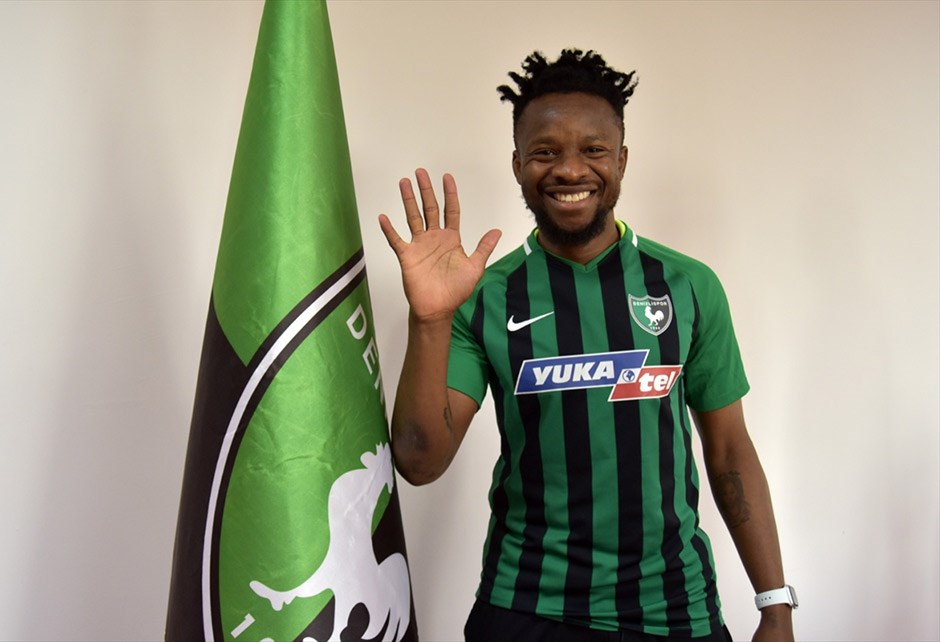 Nigerian International, Ogenyi Onazi, has agreed to end his contract with Danish Super Liga side, SonderjyskE.

Recall that the 28-year-old midfielder joined the club in October with an option to extend the deal by two more years.

The midfielder joined the Sydbank Park outfit in an effort to regain match fitness after rupturing his Achilles tendon during his time with Turkish Super Lig club, Trabzonspor.

The injury forced him out of football action for more than a year and when he returned, he left the club to join rivals Denizlispor in January on a six-month deal before signing for SonderjyskE.

Since joining the Sydbank Park outfit, Onazi has struggled for game time and only managed to feature three times for the club.

Onazi has now ended his stay with the Danish side and the club’s Sports Director Hans Jorgen Haysen, has praised him for his contribution.

“There is not a finger to put on Onazi’s efforts in SonderjyskE. He has been a professional to the tips of his toes,” Haysen told the club website.

“He has fitted in well with the group with his dedication and he has also scooped out his experience to the young players on the team.

“He came with a backlog from an injury, but he has been in almost all training sessions with us, and also earned a starting place in the Sydbank Cup and a few innings in the 3F Super League.

“However, it did not turn out quite as he and we had hoped, and he himself has expressed that he might fit better into another league than the 3F Superliga, and he now has the opportunity to try it out.

“We thank him for his efforts in the light blue jersey and wish him all the best for the future.”

Onazi started his European career with Lazio, where he spent four years and delivered spectacular performances during his time with the club.