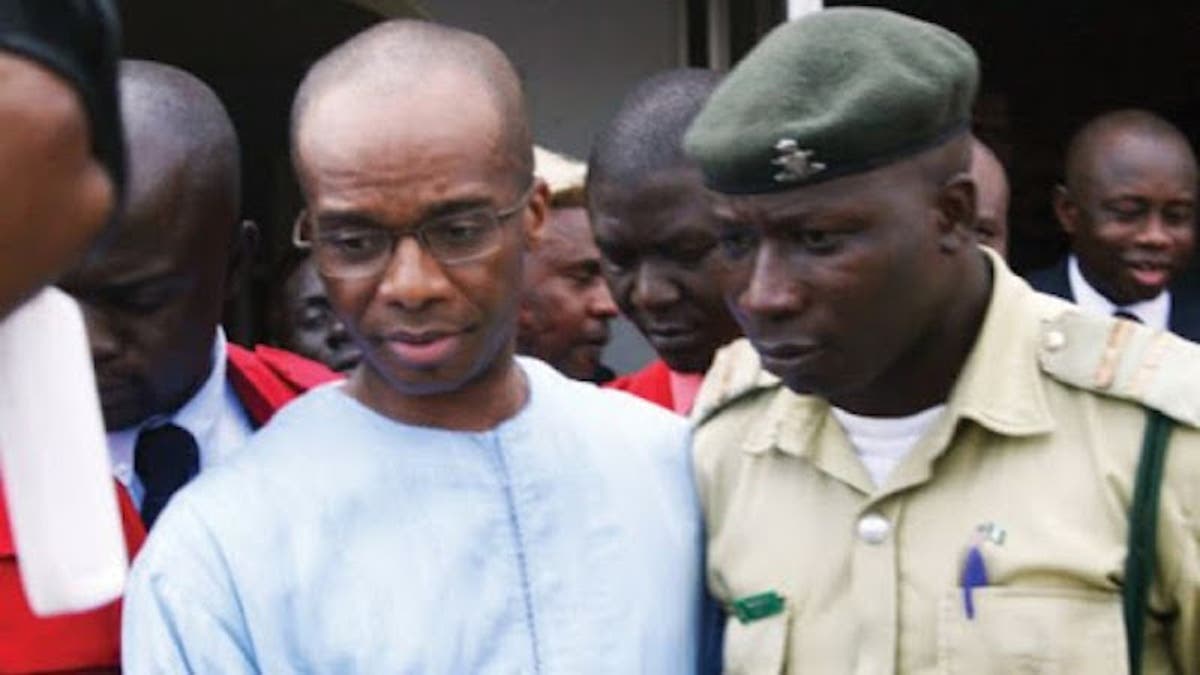 Justice Lateefat Okunnu of the Lagos State High Court Sitting in Ikeja, on Tuesday, gave the sentence on Tuesday.

Naija News reports that Nwosu alongside Dayo Famuroti, Agnes Ebubedike, and Danjuma Ocholi were arraigned by the Economic and Financial Crimes Commission (EFCC) on a 26-count amended charge bordering on N10.9 billion fraud.

According to EFCC, the accused allegedly committed the fraud while they were directors of the bank and used their offices to allegedly perpetrate the crime.

However, the defendants pleaded not guilty to the charge preferred against them, thereby leading to their full trial.

In the course of the trial, the prosecution counsel, Rotimi Jacobs (SAN) called witnesses and also tendered several documents that were admitted in evidence against the defendants.

Delivering her judgment, the judge found the defendants guilty and sentenced the first and second defendants, Nwosu and Famoroti, to three years imprisonment each.

The judge also sentenced the third defendant, Ocholi, to 12 months imprisonment and slammed a six- month community service on the fourth defendant, Ebubedike.

The case had, suffered a setback as the defendants challenged the jurisdiction of the trial court up to the supreme court.

While the court maintained its jurisdiction to try the defendants, Nwosu approached the Lagos division of the court of appeal which in November 2013 struck out the charge against the banker.

The appellate court ruled that the Lagos high court lacked jurisdiction to entertain the charges because they emanated from capital market transactions, which should be handled by the Federal High Court.

But Jacobs, counsel to EFCC had prayed the court to adjourn the matter indefinitely pending the determination of its appeal at the Supreme Court.

Okunnu upheld the prayers of Jacobs and adjourned the matter to allow the supreme court to rule on the matter.

The Supreme Court, in its judgment, upheld EFCC’s appeal.

In a unanimous judgment, a seven-man panel of justices of the apex court faulted the argument of the court of appeal that the decision by the EFCC to charge Nwosu and the other directors for stealing before the Lagos High Court, while it maintained a charge of money laundering against them, would amount to double jeopardy.

The supreme court directed Nwosu and co-defendants to submit themselves for trial before the Lagos High Court.