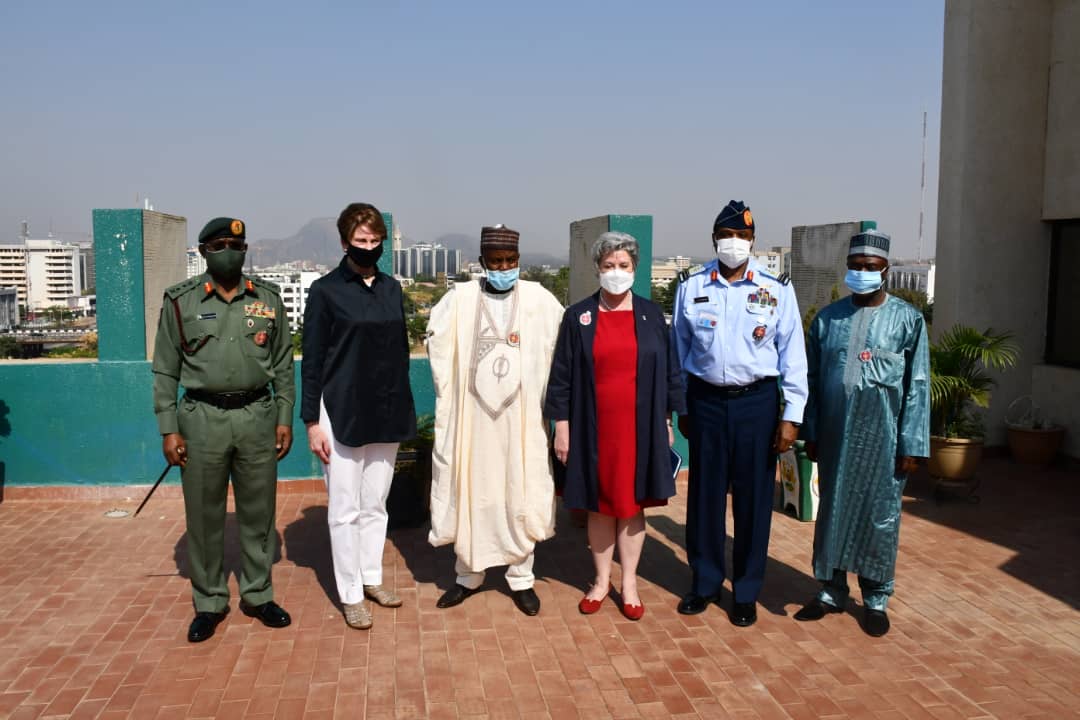 Nigeria has appealed to the United States to speed up the delivery of Super Tucano aircraft ordered by the country.

The appeal was made by the Minister of Defence, Maj Gen Bashir Salihi Magashi (rtd) when he hosted a five-man US delegation led by the Secretary, US Air Force, Barbara Barrett at the Ministry of Defence Headquarters, Ship House Abuja.

Magashi who noted that space defence is a force multiplier in military operations said the jets will enhance the capabilities of the military in curbing the activities of Boko Haram insurgents and general insecurity in Nigeria.

Specifically, the Minister noted that the fighter jets would boost the capabilities of the military in combating insurgency, banditry, kidnapping, and other forms of criminality in the country.

A statement dated 5th January 2020 and made available to Naija News by the Special Assistant to the Minister of Defence on Media and Publicity, Mohammad Abdulkadri also quoted Magashi as reiterating the commitment of President Muhammadu Buhari to equipping Nigeria’s military and strengthening cooperation between America and Nigeria.

In her remarks, Barbara Barrett who is the fourth woman and 25th to occupy the position as Air Force Secretary comprising of Air Force and US Space Force Areas of Responsibility (AoR), described Nigeria as the destination of choice in Africa for partnership in harnessing space assets through the instrumentality of science and technology in national defence.

She assured the Minister of Defence that the already established military cooperation between Nigeria and US will be taken to the next level to promote peace and tranquillity in the country.

Present at the meeting between Nigeria and the US delegation were the new Permanent Secretary, Ministry of Defence, Musa Istifanus, Chief of Defence Staff, General Gabriel Abayomi Olonisakin, the Chief of Air Staff, Air Marshal Saddiq Baba Abubakar and the Defence Attache in Washington DC, Air Commodore J. Usman.

Meanwhile, Borno State Governor, Babagana Zulum, on Tuesday, claimed that countries in the west are more concern for the people of the state amid Boko Haram attacks than the rich Arab nations.

Zulum stated this in Maiduguri when he received the Palestinian Ambassador to Nigeria, Saleh Fheied Saleh.

He noted that the state over the years has been supported by Europe, Canada, the United Kingdom, the United States, Japan and other countries.

JUST IN: UNILAG Loses Another Professor To COVID-19