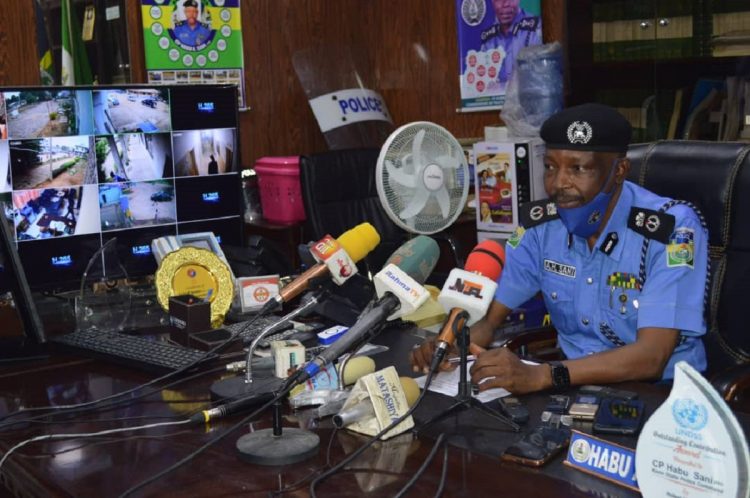 The Nigeria Police Force, Kano State Command has increased the rank of twenty-nine officers in the state.

Naija News understands that the newly elevated officers were on Tuesday decorated by the state Commissioner of Police Mr Habu Ahmad.

Speaking during the event, Ahmad who congratulated the newly promoted officers, admonished them to display a high level of professionalism in the discharge of their lawful official duties.

The newly promoted officers include seven Chief Superintendents of Police (CSP) promoted to the rank of Assistant Commissioners of Police (ACPs), this online news platform understands.

Ahmad again urged the officer to shy away from every form of corruption, warned them to respect human rights and the rule of law. Again the CP charged the elevated personnel to key into the mission and vision of community policing agenda of the Inspector General of Police, IGP Mohammed Adamu, which, he said, was yielding positive results.

Meanwhile, the Ogun State Police Command has vowed to continue with the probe of sexual harassment levelled against the state Commissioner for Environment, Abiodun Abudu-Balogun.

Naija News reports that a 16-year-old girl, Melojuekun Barakat, had alleged that the commissioner sexually harassed her during a meeting with him recently. But the commissioner denied the allegation, saying that the girl is being used to tarnish his image.