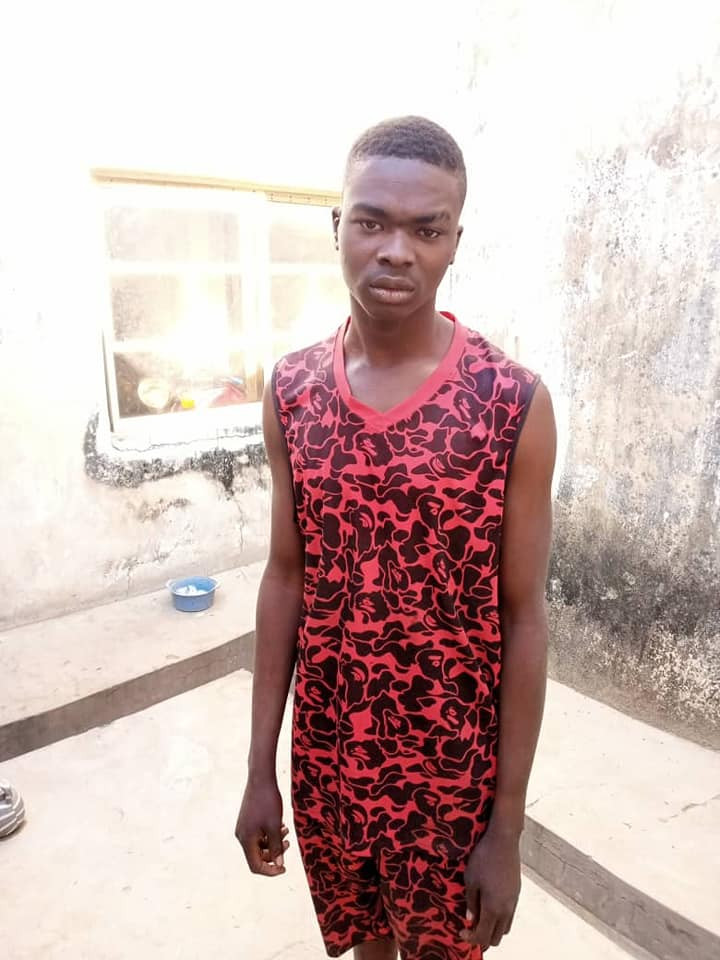 A 20-year-old young man identified as Adamu Abdul Rauf has landed himself in trouble after allegedly dicing out the genital part of a young girl in Bauchi State.

Naija News understands that the boy was arrested by the Bauchi State Command of the Nigeria Police Force for allegedly removing the private part of the six-year-old girl for ritual.

Confirming the incident to newsmen, the Command’s Spokesman, DSP Ahmed Mohammed Wakili, in a statement date Friday, January 1, 2021, noted that the suspect was arrested following a report to the police by the child’s aunt who discovered the girl in a pool of blood.

The police spokesman revealed that a patrol team led by the DPO Jama’are Division swung into action after receiving the report. Adding that the victim was rushed to General Hospital at Jama’are where the Doctor confirmed that her private part has been cut off with a sharp object.

Wakili confirmed to newsmen that on the noon hours of December 30, 2020, one Hafsatu Wada ‘F’ of Zango Jama’are LGA reported at Jama’are police station that her niece “Safarau Mohammed, F, aged 6yrs of the same address was found crying in a pool of blood.”

“Upon receipt of the complaint, patrol team led by the DPO Jama’are Division visited the scene and the victim was rushed to General Hospital Jama’are where the Doctor confirmed that her private part has been cut off with a sharp object,” the DSP Wakili noted.

He added: “During the investigation, One Adamu Abdul Rauf aged 20yrs of Gandu Jama’are was arrested. On interrogation, the suspect freely confessed to having conspired with one Abdulkadir Wada Haladu of Chikamidari area of Jama’are to perpetrate the crime.”

He, however, said though the culprit is currently at large, but “necessary measures have been put in place for possible and immediate apprehension. Meanwhile, the investigation is still ongoing.”

On his part, the Commissioner of Police CP Lawan Tanko Jimeta directed that the case be transferred to SCID for discreet investigation.

In another news, Naija News reports that a 28-year-old man butchered his wife to death and committed suicide in Zambia.