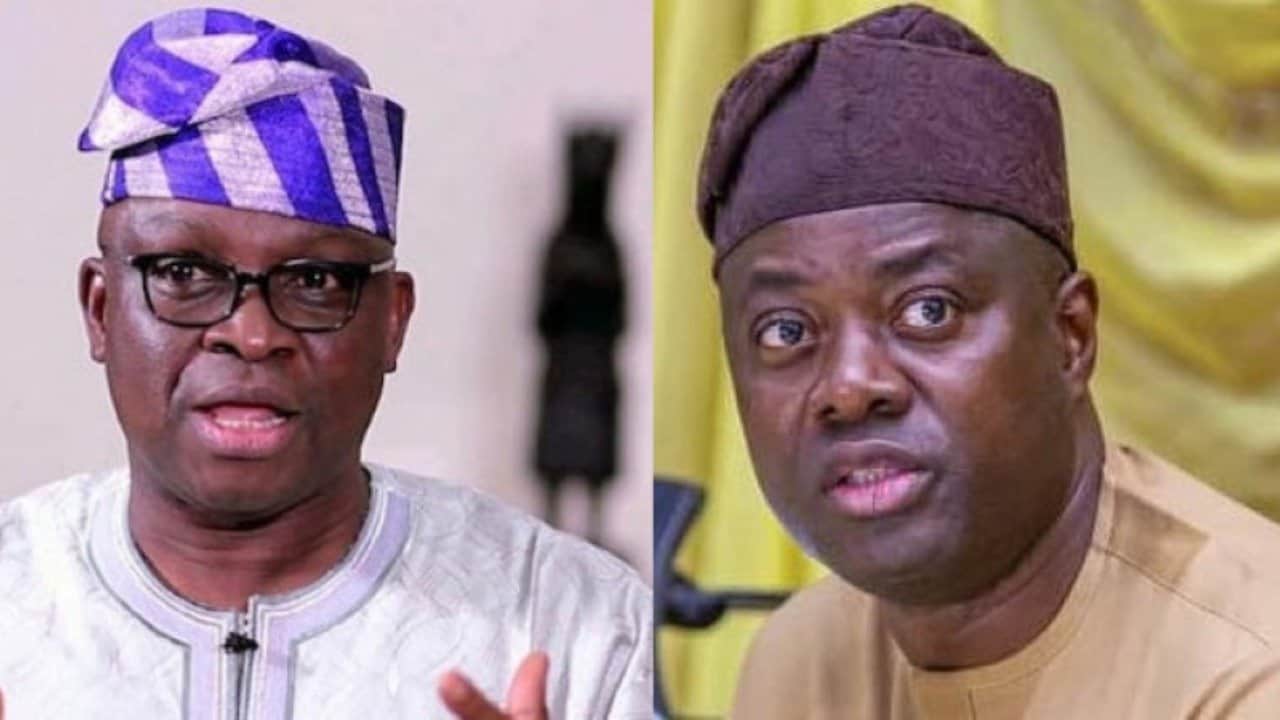 Naija News reports that Governor Seyi Makinde of Oyo state and Fayose are locked in a supremacy battle that has polarised the South-West PDP.

Fayose is challenging Makinde’s claim to be the zonal leader of the party on the account that he is the highest elected PDP leader in the region.

Also, the two chieftains are at loggerheads over whether or not a former Ondo State Information Commissioner, Dr. Eddy Olafeso, should be the next PDP National Vice Chairman (West).

However, Oyinlola, former governor of Osun State, had visited Fayose in his Ibadan residence on Wednesday to resolve the feud between the two chieftains and the crisis rocking the South-West chapter of the PDP.

However, a source at the meeting told The PUNCH in Ibadan on Thursday that Fayose and his allies at the meeting rejected the Oyinlola panel because the committee was allegedly unilaterally picked by Makinde.

Fayose, according to the source, also accused Makinde of sponsoring insurrection against duly constituted organs of the party in Ekiti, Osun, and Ogun states.

The source said, “Those at the meeting blamed Makinde for the crisis in South-West PDP. They accused him of sponsoring insurrection against duly constituted organs of the party in Ekiti, Osun, and Ogun states.

“On the South-West zonal congress, they said since it was Makinde that brought the idea that the Eddy Olafeso-led zonal executives should return, the governor should be told to be a man of his words by supporting Eddy Olafeso.”