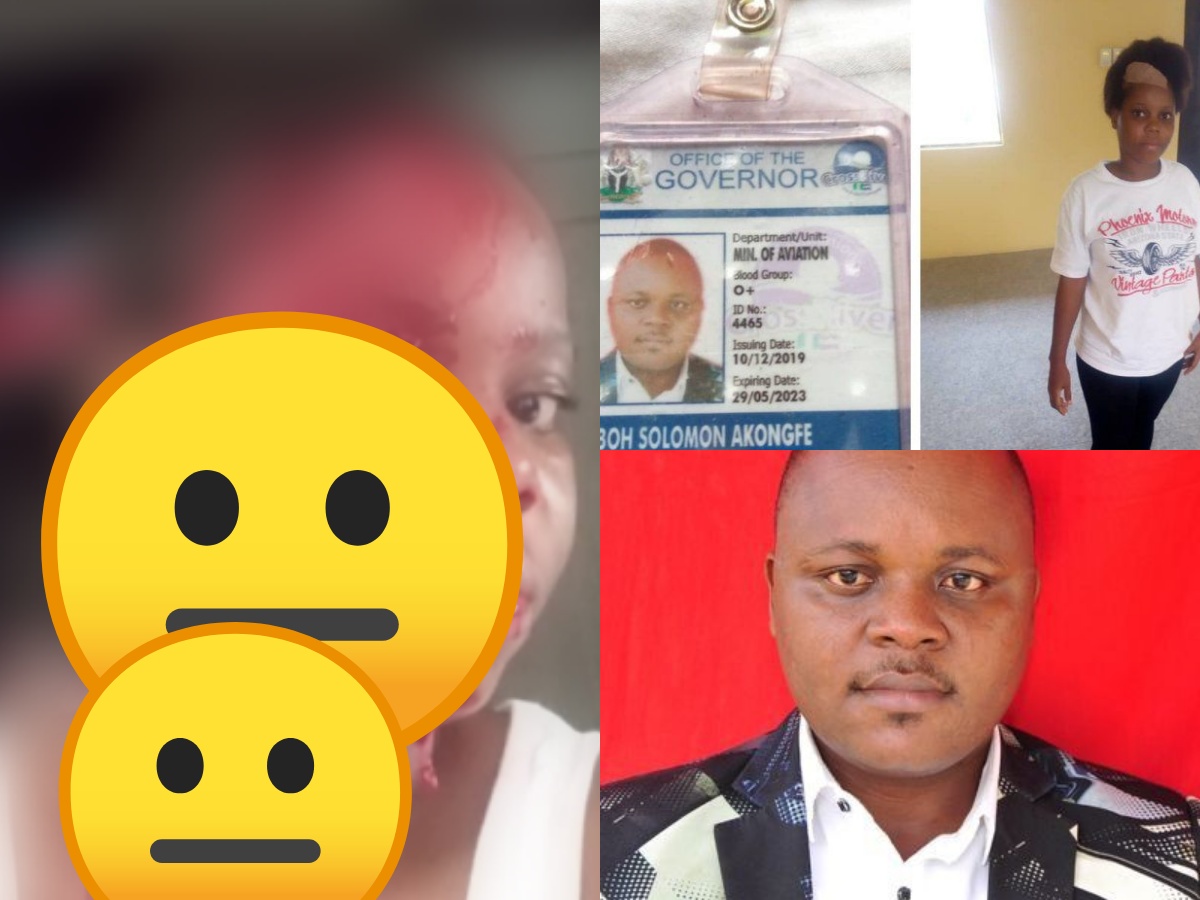 Solomon Aboh Akonghfe, special assistant on aviation to Governor Ben Ayade of Cross River State has been accused of sexually molesting a woman in the guise of helping her to secure a job.

The development was disclosed on Twitter by a public speaker and sexual rights activist Solomon Valentine, Naija News understands.

Reporting the incident in a series of tweets on Wednesday, December 30, Valentine shared some graphic photos of the lady, alleging that she was battered by Akongfe after she refused to grant his sexual advances.

Naija News learnt that the governor’s aid had convinced the lady to come with him to Calabar, the state capital from Lagos State so he can help her get a position in the proposed state carrier, Cali Air.

Akongfe was said to have demanded sex for employment from the unsuspected lady to fulfil his promise to her. Having strongly declined his sexual advances, Akongfe reportedly struggled with the lady and pounced on her, leaving her with severe injuries.

“She was brought to Calabar by the SA @AbohHon on the grounds that he will give her a job with cali air,He now kept her and started making sexual advances at her when she refused this is the result. This is not the first,” Valentine reported.

He added: “She has been sexually molested by her boss severely when she requested for money to enable her travel back to Lagos where her parents stay. Hon. Aboh Solomon attempted to kill her. The ID card belongs to the boss for reference purpose.

“The SA to the governor of cross River State on Aviation matters is the suspect by Name SOLOMON, ABOH AKONGHFE @AbohHon

“I hereby call on all concern citizen including the Lagos State Government @lagosstategov @jidesanwoolu @senatorbenayade @NGRSenate to look into this.”

See the graphic photos below as shared by Solomon Valentine.

She was brought to Calabar by the SA @AbohHon on the grounds that he will give her a job with cali air,He now kept her and started making sexual advances at her when she refused this is the result. This is not the first. pic.twitter.com/NerMwrardS

When contacted by Peoples Gazette, the spokesman for the Cross River State governor, Christian Ita, said he was unaware of the development.

He said: “The incident is coming to me as strange,” Mr. Ita said Thursday morning.
“We have a lot of appointees, so I’ll need to verify if such a person (Mr. Akongfe) is an appointee, and then find out what happened.”

Meanwhile, one Usman Shefiu has been arrested and handed over to men of the Nigeria Police Force in Lagos State for allegedly killing one Christy Mmakwe, a petty trader in the state.
Naija News learnt that the suspected robber attacked the lady while in her shop and stabbed her to death.