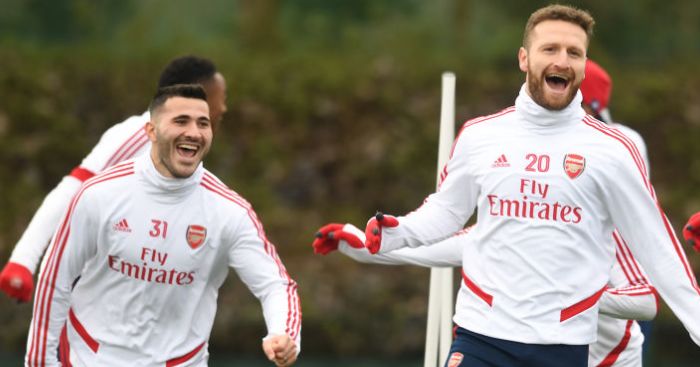 Arsenal defender Sead Kolasinac has agreed to join Bundesliga side Schalke on loan for the remainder of the 2020/2021 season.

Naija News reports that this was made known in a statement on Thursday on the Gunners website Arsenal.com.

The Bosnia & Herzegovina international will be returning to the club he joined as a youth player and spent five years in their first team before signing for us in June 2017.

Kolasinac has made 113 appearances for the North London side and his fine performances on Arsenal’s way to the 2019 Europa League final was recognized when he was named in the 2018/19 Uefa Europa League squad of the season.

The tough-tackling defender was also part of our FA Cup-winning squad against Chelsea last August.

“Sead needs to be playing regularly, so we have decided together that a move back to Germany with Schalke will benefit him at this moment. We will be keeping in close contact with Sead, and wish him huge success for the remainder of the season with Schalke,” Arsenal Technical Director Edu Gasper said.